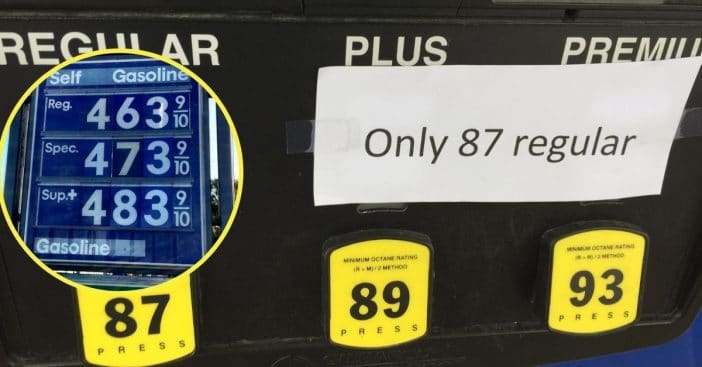 Gas stations are apparently running low on gas ahead of the upcoming holiday weekend, the 4th of July. While some gas stations may be sporting the highest prices people have seen in nearly seven years, some may not have any gas at all. The average price for a gallon of regular currently stands at $3.10, the highest since October 2014.

This average is up 2% since Memorial Day, but 42% from a year ago – we all remember when the pandemic restrictions caused oil and gas prices to plummet, showcasing the lowest we’ve seen in quite a while.

Why we’re experiencing such a massive gas shortage

However, the gas shortage has nothing to do with the price or the supply, but rather the shortage of tank truck drivers along with rising demand, causing supply chain bottlenecks and shortages. Tom Kloza, global head of energy analysis for the Oil Price Information Service, says the outages are scattered across the US. This includes places like Pacific Northwest, Northern California, Colorado, and Iowa, along with Indianapolis and Columbus, Ohio.

RELATED: Gas Stations Were Once Called ‘Service Stations’ For A Specific Reason

“It used to be an afterthought for station owners to schedule truck deliveries. Now it’s job No. 1,” says Kloza. “What I’m worried about for July is the increased demand works out to about 2,500 to 3,000 more deliveries needed every day. There just aren’t the drivers to do that.”

Overall demand is up 16% from last year, according to CNN Business. Additionally, the AAA predicts that at least 43.6 million Americans will travel by car this Fourth of July weekend, meaning that many Americans may encounter lack of gas. Kloza sounds off again, adding concern to the fact that when people see news about gas shortages, they’ll top off their tanks more than necessary – which then adds to the gas shortage even more.
“We have the same advice we had then, this is not the time to fill up every car you have and every container you have,” says Jeff Lenard, vice president of strategic industry initiatives for the National Association of Convenience Stores. “We hate to see shortages and outages caused by drivers panicking and topping off their tanks.”
It was during the pandemic that we began to see a truck driver shortage. However, the pandemic metastasized that and increased the shortage even more. “I do know the pandemic did prompt a number of older drivers to retire, and they’ve been struggling to get new drivers,” says Brian Milne of data research firm DTN. “I think it’s going to keep popping up in different locations.”
Click for next Article
Previous article: Bill Murray Shares Why He Doesn’t Have An Agent Or Regular Phone Number
Next Post: ‘Frasier’ Revival Cast, Release Date Teased By Original Star Kelsey Grammer