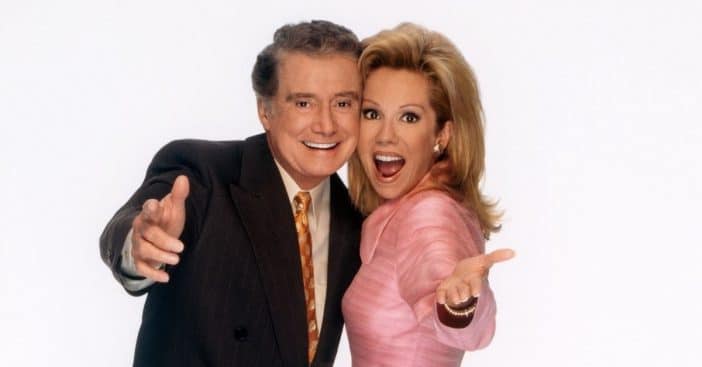 His former co-host, Kathie Lee Gifford, was there to pay tribute to him during the memorial segment. Kathie and Regis hosted Live! with Regis and Kathie Lee from 1985 until 2000 when Kelly Ripa took Kathie Lee’s spot.

During the segment, Kathie Lee said, “For 15 years, it was my absolute joy and delight and honor and privilege to sit next to somebody that you might remember. Sure you do. His name was Regis Philbin and there was nobody like him. He was one of a kind, he was unique, he was an original, he was the most fun you could ever have with a human being. And I got to sit next to him and play verbal ping-pong with him.”

She continued, “For all of those years, I got to learn from the master and he was a great personal friend to me ’til the day he died. We all miss Regis, don’t we? Because all he wanted to do was make people laugh, make them happy, make them believe in themselves, make them dream big dreams like he did because they can come true. I know we all miss him — I do, I’ll never be the same.”

She added, “I know he’s slaying them in heaven right now. He’s up there with all the greats. He and Bing Crosby and Bob Hope, they’re having a scream fest up there! That’s where Regis is and I couldn’t be happier for him and I couldn’t miss him more.”