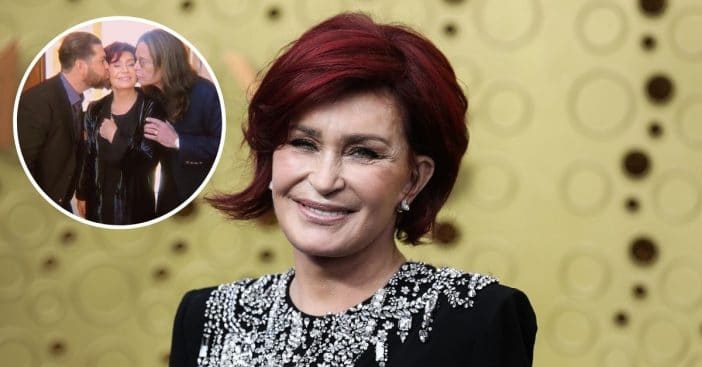 Since Sharon Osbourne left The Talk in March, it appears she has been spending a lot of time with her family. Sharon has been sharing tons of photos of her husband, Ozzy Osbourne, her children, and her grandchildren on her social media pages.

Her most recent photo is of her husband Ozzy and her son Jack giving her kisses on the cheek! Sharon and Ozzy have three children together, Aimee, Jack, and Kelly. They also have several grandchildren. Sharon must love having more time for her family these days.

Sharon Osbourne shares a sweet photo with her son and husband

With no current job, it does sound like she has been a bit bored though! She shared a funny video of a woman looking bored and polishing her ring. Sharon captioned the video, “mood.” After Sharon left, co-host Carrie Ann Inaba also left due to health reasons. No word on who will replace Sharon on the show, although ratings have been down since her departure.

The Talk currently ranks in last place among similar shows. Right now, the co-hosts are Elaine Welteroth, Amanda Kloots, and Sheryl Underwood. As for Sharon and Ozzy, there have been rumors that they are bringing back their reality show The Osbournes.

We hope the rumors are true!