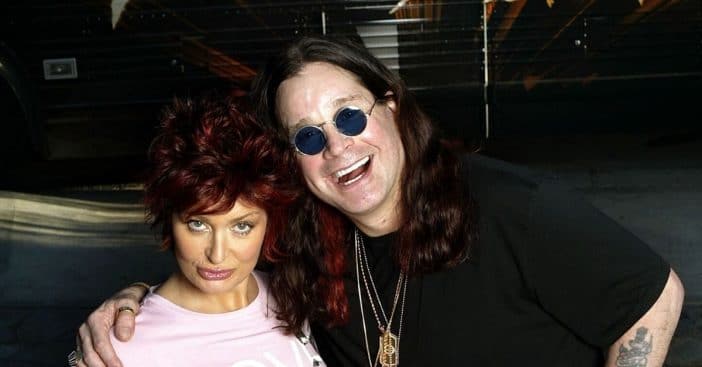 Sharon and Ozzy Osbourne opted for a relaxing New Year’s Eve, like many of us. Sharon shared a lovely new photo of Ozzy, relaxing with one of their dogs. He looks very content and the pup even appears to be smiling! He should be, as he has a lot to look forward to in the coming year. Sharon and Ozzy have been working on a new paranormal show with their son Jack called The Osbournes Want to Believe. It is on the Travel Channel.

In addition, Ozzy has been writing a lot of new songs. He is now in the studio working on a new album. This is very good news for his fans! His last album was just released in 2020 and he is showing no signs of slowing down. The 2020 album, Ordinary Man, topped charts in several countries. He partnered with the iconic Elton John for the title track of the album. For younger generations, he partnered with Post Malone for a song as well as a song on Post Malone’s album.

Ozzy Osbourne looks very content next to his smiling dog

Several weeks ago, Sharon was diagnosed with the coronavirus. She had to recover away from Ozzy because he didn’t test positive. Around the holidays, Sharon shared a post with her excitement to be coming home to Ozzy and their dogs. She wrote, “Got the ok to go home after two negative test results and look at the joy waiting for me! So grateful to be home for the holidays and thank you all so much for your love and support ❤️ Stay safe and wishing you the happiest of holidays 🤗”

Wishing the Osbournes all the best in 2021 and beyond! In conclusion, take a look at their new show below: