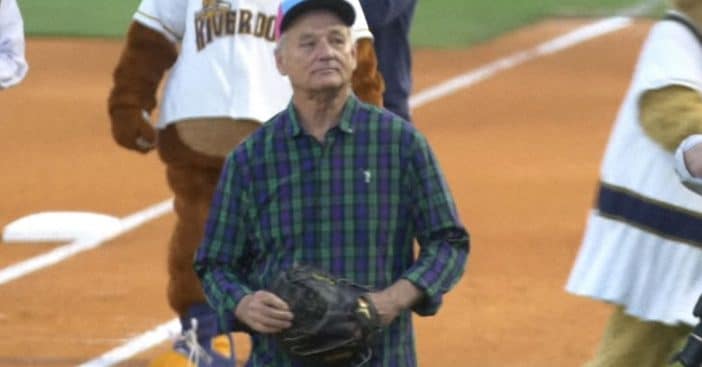 Actor Bill Murray was there to celebrate the first full-capacity game at Wrigley Field! Bill commemorated the special day for the Chicago Cubs fans by singing the classic baseball tune “Take Me Out to the Ball Game.”

The Chicago Cubs tweeted a video of Bill singing the song and cheering for the team. The page wrote, “The one and only Bill Murray. #CubTogether” He led fans with an acapella version of the song and it must have been good luck! The Cubs beat the St. Louis Cardinals at the home game.

Bill has been a longtime fan of the team and has been included in many viral videos at games over the years. This wasn’t the first time he sang “Take Me Out to the Ball Game” during a game either!

RELATED: Words Of Wisdom From Bill Murray As He Approaches His 70th Birthday

He has been known to help fans make announcements at games as well. Back in 2017, he appeared in a video to help a couple share their pregnancy news. He looked at the camera while standing next to the couple and said, “Hey, I got news for you…you’re going to be grandparents!”

Watch the video of Bill singing the song below: