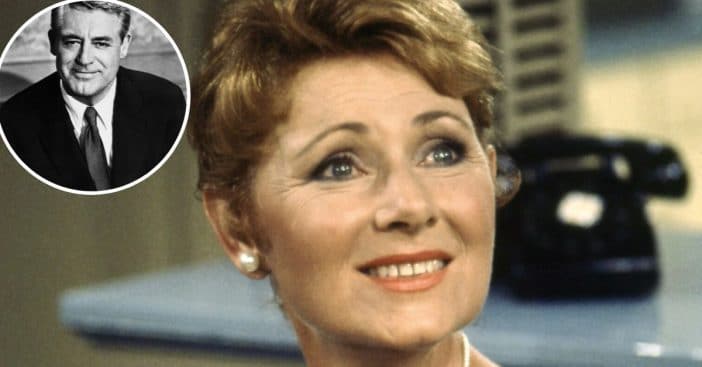 Before Marion Ross starred on Happy Days, she had a bustling television and movie career. However, things took a bit of a turn in 1959 when she discovered that she might be pregnant. At the time, she was married to actor Freeman Meskimen. It was their first child.

While most husbands are thrilled that their wife is pregnant, he apparently wasn’t. Guess who was? Her co-star Cary Grant! She was working on a film with him and they were about to do an underwater scene. She wasn’t sure she could do it while pregnant but she hadn’t told anyone about it yet.

Marion said, “I was pretty sure I was pregnant. Still, I wasn’t absolutely sure, and so I didn’t share my suspicions with anyone, until one day, when a scene called for me to do something I wasn’t sure a possibly pregnant woman should be doing, and I revealed my secret to, of all people, Cary Grant.”

She continued, “He sat down next to me, put his arm around me, and said sweetly, ‘You’re pregnant!’ and when I looked up at him, he had tears in his eyes. He was so excited for me, and we had this marvelous moment together.”

Unfortunately, her husband didn’t have the same sweet response. She said he was “enraged” and they eventually got divorced about a decade later. She became a single mom of two.

Marion’s son shared an interview with his mother about Cary on his YouTube channel. Check it out:

Click for next Article
Previous article: Mom Claims Hospital Missed Her Cancer, Then Covered Up Their Mistake
Next Post: Six ‘Looney Tunes’ Shorts We Never Noticed Were Actually Pretty Bizarre