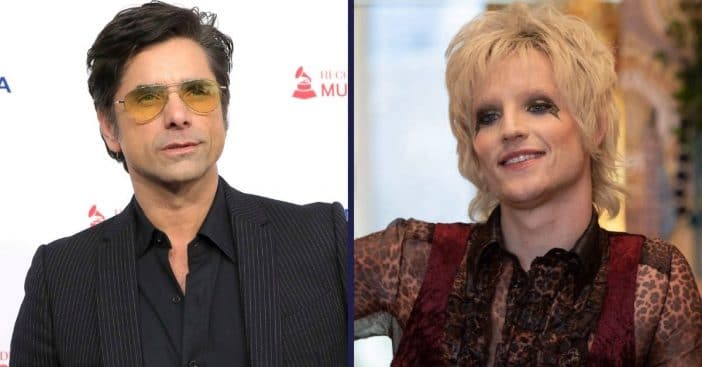 John Stamos fired back at politician Omar Navarro after he claimed a queer character from Cruella “ruined his childhood.” “The new Disney Cruella with Emma Stone just ruined my childhood with an openly flamboyant gay in the movie,” the politician tweeted recently. “Disney persist shoving the LGBT agenda down our throat.”

“If that ruined your childhood, I hope you didn’t watch Full House,” Stamos teased in response to Navarro. “Three single men, living under one roof raising kids in San Francisco….”

If that ruined your childhood, I hope you didn’t watch Full House. Three single men, living under one roof raising kids in San Francisco…. https://t.co/oCadf3xnIK

Stamos is best known for playing the role of Uncle Jesse on the sitcom, which ran from 1987 to 1995. He reprised his role in the Netflix reboot Fuller House, which ended in June 2020 after five seasons.

The new film Cruella came onto the streaming service Disney+ on May 28th. The film is set in the 1970s in London, following a young Estella Miller before she becomes the infamous 101 Dalmations villain, Cruella de Vil. British actor John McCrea portrays Artie, who is the first original character in a live-action Disney movie to be openly gay.

“The thing I admired the most was his philosophy of not being normal,” McCrea said about the new film. “He’s trying to live authentically. Be yourself and do what makes you happy, screw everybody else. As long as you’re not hurting anybody, why shouldn’t you be able to live your life in any way you want to?”

He continues, “The thought that there might be some kid sitting in the cinema, maybe not even necessarily understanding why or how he identifies with Artie, but just it’s a feeling, isn’t it?”

He hopes his character will help people and make a difference

He reveals that in earlier versions of the story, his character was actually a drag queen. “I think he was always intended to be queer-representing I suppose, or somehow a member of the LGBTQ community. I imagine that was always the case.”

Though some viewers may have not appreciated the queer representation in a Disney film, McCrea is hoping that his character can help make a difference. “If I had a character growing up like that to watch on the screen I would’ve fallen in love,” he says. “Also with the idea that he’s completely well-adjusted, very happy, and has a real lust for life. Those are things I’d find so exciting. He lives by his own rules. A wonderful line he says is, ‘Normal is the harshest insult of all.’ A wonderful mentality to have.”
Click for next Article
Previous article: Celebrating 73 Years Of ‘Leave It To Beaver’s Jerry Mathers
Next Post: Mark Consuelos Teams Up With Daughter Lola To Fight Hunger In America This Father’s Day