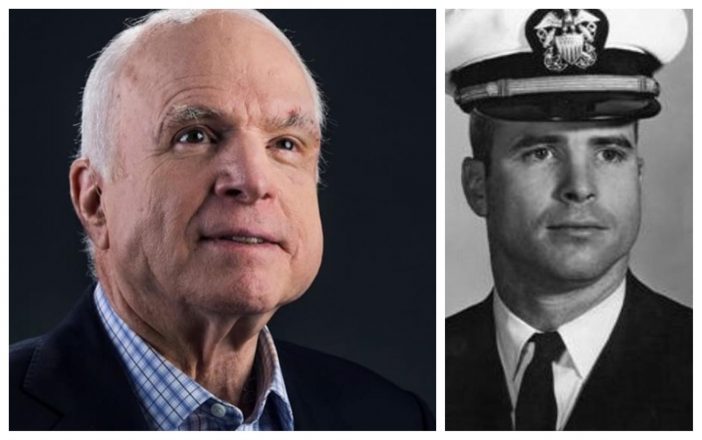 It has been reported that Republican politician and U.S. Senator of Arizona, John McCain, has passed away at the age of 81.

McCain died on August 25th, 2018 from brain cancer, specifically an aggressive glioblastoma. He was surrounded by family at the time of his death.

John McCain was born on August 29th, 1936. His father was known as naval officer John S. McCain Jr. McCain soon followed in the footsteps of not only his father but also his grandfather, joining the United States Naval Academy in Annapolis, MD. His first few years of training commenced in Pensacola to become a naval aviator. He completed flight school in 1960 and by 1965 he was married to his first wife.

In 1967 when McCain became a lieutenant commander, he was soon honored the Navy Commendation Medal and the Bronze Star Medal for missions over North Vietnam.

An extremely important and life-changing moment for McCain was when he became a prisoner of war for five and a half years under North Vietnam. He was severely beaten and tortured for confessions or propaganda statements and just barely made it out alive. When he was released and returned to the states, he attended National War College in 1973 and was successfully rehabilitated by 1974, reinstating his flight status once again. By 1977, he had served as the Navy’s liaison to the U.S. Senate.

McCain said himself that this moment signified his “real entry into the world of politics and the beginning of my second career as a public servant.” McCain retired from the Navy on April 1st, 1981 as a Captain and soon began his political career.

McCain ran as a Republican for an open seat in Arizona’s 1st congressional district in 1982, but his real first two terms in the U.S. Senate began in 1987 when he defeated the Democratic opponent, Richard Kimball. He also delivered an incredible speech at the 1988 Republican National Convention. McCain also became Chairman of the International Republican Institute since 1993. He continued onto a third, fourth, and fifth term, running for President of the United States twice in the midst of them.

McCain started his sixth Senate term on January 5th, 2017 and was diagnosed with brain cancer within the same year. McCain had been diagnosed with melanoma in the years prior. After undergoing minimally invasive craniotomy remove a blood clot above his left eye, doctors confirmed that a glioblastoma was present and would likely grow aggressively.

The average survival time of a cancer patient receiving treatment would be 14 months, but McCain decided to receive the radiation and chemotherapy. Despite the treatments and surgeries he had, he returned to the Senate on July 25th, 2017. On August 24th, 2018, his family issued a statement that he would no longer be receiving treatment for his aggressively growing brain tumor.

Please SHARE this news to honor John McCain’s legacy. May he rest in peace!