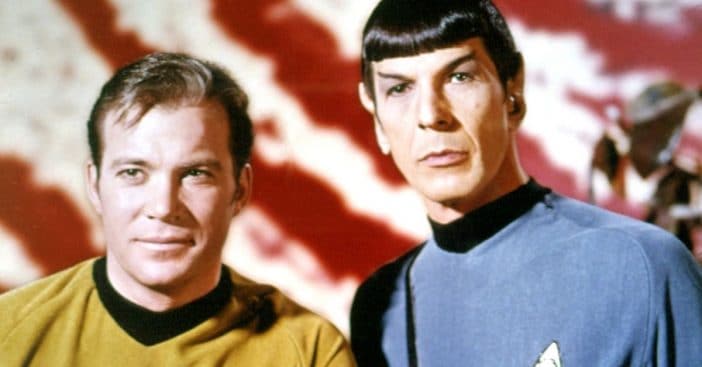 Born on March 22, 1931, William Shatner turned 90 two months ago. The experience brought with it some admitted embarrassment but all the years taught him a lot about how to live a peaceful life. However, to this day, Shatner still scratches his head about why he and Star Trek co-star Leonard Nimoy drifted apart.

Like many other close-knit cast partners, the two developed a strong bond while working on their sweeping sci-fi cult classic, Star Trek. Journalists would go on to compare them to Harold Ramis and Bill Murray. Similarly, Murray and Ramis had a falling out that would last until Ramis’s deathbed.

In an interview for The Guardian, William Shatner discussed his paradoxical aging and appearance – and activity level. After debunking the idea of a “Shatner persona” with the retort, “What are their expectations? That I’m Captain Kirk? Well, I am Captain Kirk! I don’t know what people mean when they talk about my persona. I’m just myself. If you’re not yourself, who are you?” he discussed just how he’s able to live life as he does.

Bringing up his age as 90 will spark a few claims that this too is in fact a myth, correcting, “The press has spread this ridiculous rumour. I’m 55.” But when presented with his own filmography, Shatner reluctantly admits despite some evidence to the contrary, he is indeed 90. Some of this joking might mask the actual embarrassment he admitted to feeling at that age because of the lack of grandeur he associated with old age. But time’s insistent advancement also brought the likes of William Shatner other reasons to grieve: his crumbling friendship with Leonard Nimoy.

Kicking off the original Star Trek, which ran from 1966 to 1969, was William Shatner as Captain Kirk and Leonard Nimoy as the Vulcan Spock. The two became close as colleagues and friends, eventually bound in part by tragedy and healing. Shatner’s third wife, Nerine Kidd, died in 1999 by accidental drowning. The loss crushed Shatner, and only one person seemed able to reach and help him through what he described as “searing pain”: Leonard Nimoy.

The two also bonded over both being Jewish and holding that identity close to heart and with reverence. By rights, they had abundant similarities, which Shatner outlined, “But yes – of course! Leonard was only four days younger than me, and Boston [where Nimoy was born] is a lot like Montreal [Shatner’s home town], these old cities with big buildings where the snowdrifts through the streets. I think he had a much more Jewish upbringing than me; he learned to speak Yiddish and I did not. But the similarities between us were incredible.”

Despite all this, the two actually drifted significantly apart near the end of Nimoy’s life and he never knew why. When asked if he’s found out why since, Shatner answered, “No, and he was my dearest friend. We talked about all kinds of things in the darkness of the limousine, about divorce and children. But something happened, I don’t know what, it was so bizarre. But his daughter told me not long ago: ‘He really loved you.’ And that moved me to tears.”

Click for next Article
Previous article: Henry Winkler Is Receiving Backlash After Posting A Photo While Fishing
Next Post: The Most Popular TV Shows Canceled In The Rural Purge