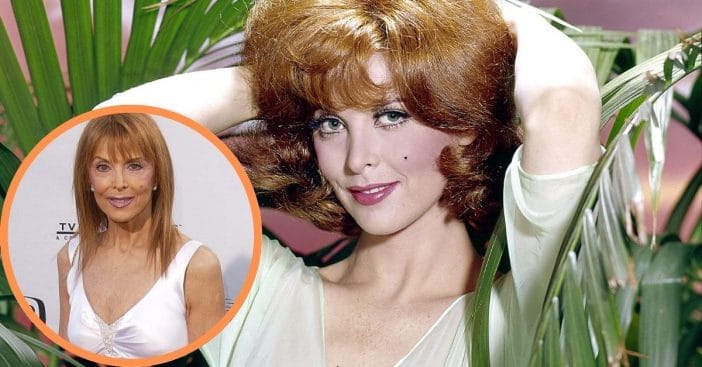 Tina Louise became famous in part at the expense of her image as a fiery hot bombshell. In fact, her image was the problem: while she brought experience and skill to her acting roles, people knew her first and foremost for her looks.

Well, the Gilligan’s Island star doesn’t want any of that. It was a risk she became all too aware of, and actually grew in her career as the trend of looks-over-skills grew. But she wants people to know what a struggle this image can present and how exactly it affected her.

Tina Louise’s breakthrough film came in 1958 with God’s Little Acre. The drama movie was incredibly scandalous during its release. It showed laid-off millworkers executing an uprising in the southern United States right when the Red Scare made the government wary of union movements such as these.

Partially at the center of all this was Louise’s Griselda, a beautiful temptress and the object of affection in more than one affair. But beneath the affections Griselda received was pain. Louise reflected, “[Griselda] only seems sexy because she looks sexy and maybe feels that way. But…hers is a tragic story and one I know too well. Men just can’t keep their hands off Griselda, because that’s the way she affects them every time a man sees her he tries to kiss her and rough her up…. Sex is a part of her, but is really not her.”

Tina Louise will not remain characterized as a one-dimensional bombshell

Griselda’s story ended up paralleling the pain Tina Louise would feel caught in the spotlight as a Hollywood bombshell. “I understand this so well,” she shared. “Because I don’t like men to treat me as I look either…you don’t understand, do you? I’m not one-dimensional at all. If anybody spends any time with me, they learn that. Man, it’s rough trying to convince people that I’m really a serious actress.”

In the ‘50s when Louise’s film prominence happened, things were a bit less self-conscious. However, her career would crest just as these sentiments of focusing on looks and objectifying actresses gained renewed steam. Over the years, she voiced a desire to shake this mantle and also doesn’t want age to define her or others, adding, “Some people are way older than others who are the same numerical age because of the way they carry themselves, because of the way they don’t stand up straight, or the way their bellies stick out. I don’t think you should label people with numbers.”