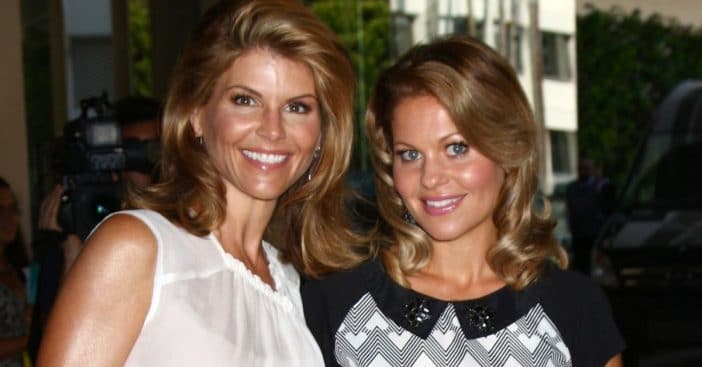 Candace Cameron Bure opened up about her friendship with former co-star Lori Loughlin. Lori was released from prison after participating in a college admissions scandal. She was subsequently fired from all the shows she was involved in including Fuller House. Candance and Lori worked together on Full House and Fuller House.

Candace previously revealed that Lori sent her flowers when Fuller House wrapped. She wasn’t able to participate, but she did seem happy for the rest of the cast. Candace also shared a note that was written by Lori.

It said, “Dearest Candace, Congratulations on a great run! Have a fabulous last week. I love you and miss you.” Candace said Lori sent flowers to other members of the cast as well. “It was so nice to feel and have her presence there at the show. … Yeah, it was really special,” Candace said.

While many fans have “canceled” Lori for her role in the scandal, it seems that most of her former co-stars are standing by her.

Click for next Article
Previous article: Monster Mash Cereal Features Nostalgic Count Chocula, Yummy Mummy, And More
Next Post: At Age 78, This Great-Grandmother Earned Her College Degree And Is In Love With Learning