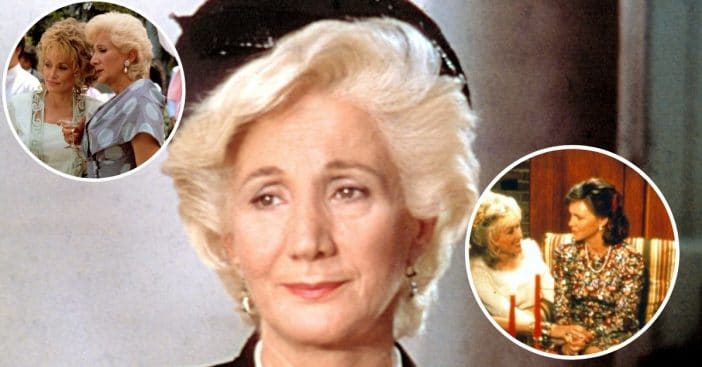 Actresses Dolly Parton and Sally Field shared tributes to their former co-star. Their Steel Magnolias co-star Olympia Dukakis died last weekend at the age of 89. They all starred together in the 1989 film based on a play.

Dolly wrote, “I was so sorry to hear that Olympia Dukakis had passed away. She has been one of my favorite people that I have ever known or worked with. I really got very close to her and felt like we were good friends. Even though I didn’t get to see her much, I thought of her often and knew that she was such a quality human being. She will be missed by her fans, her family, and those of us that were lucky enough to get to know her personally.”

While Sally shared, “What can I say but I loved her? Everyone loved her. She was a gift… unique and talented and one of a kind. Rest in peace, my friend Olympia.”

Olympia was best known for her role in Steel Magnolias as well as her breakout role in Moonstruck. She starred in Moonstruck when she was 57 years old and played Cher’s mother in the film. Cher shared a special tribute to her former co-star as well.

Steel Magnolias was set in a small town and follows a group of women when one of the women loses a daughter. Olympia’s line in the film, “Well, you know what they say: if you don’t have anything nice to say about anybody, come sit by me!” is still as iconic as ever.