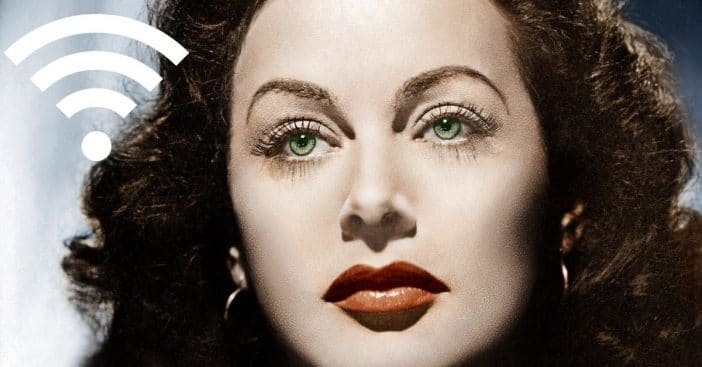 The glamourous actress was also a brilliant inventor. She invented a secret torpedo guidance system during WWII. She once said, “I got the idea for my invention when I tried to think of some way to even the balance for the British. A radio-controlled torpedo I thought would do it.”

Reportedly, she knew that radio signals could get jammed but she figured out how to synchronize the frequency changes. She worked with composer and pianist George Antheil with the help of an electrical engineer. Together, they patented the invention in 1942. They decided to present it to the U.S. Navy, however, the Navy rejected it!

Later, the U.S. government seized the patient “as the property of an enemy alien.” For a while, it was a secret, until they shared it with other contractors. Eventually, it was used to develop the technology that created wireless connections! Sadly, Hedy and George were never paid for their incredible invention. They were only recognized for it in 1997.

Hedy died just three years later. Luckily, she was recognized for her invention before she passed away but that wasn’t the case for George. He died in 1959. Did you know that the actress was part of the team that invented the technology that helped develop Wi-Fi connections? Pretty neat!