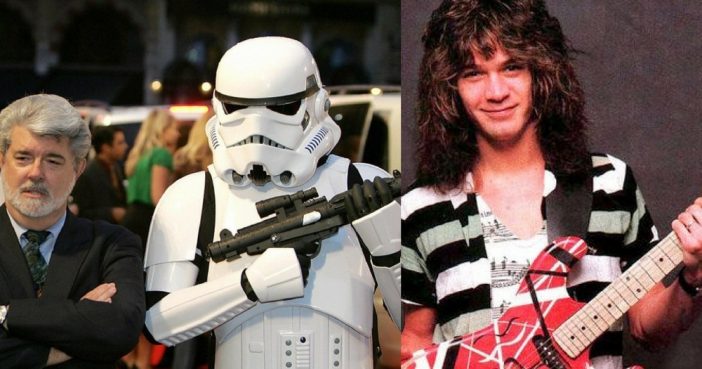 When we think of inventors, the image that comes to mind is usually that of a frazzled scientist toiling away in a lab, not celebrities pulled from the pages of Us Weekly. However, a number of well-known public figures hold patents for various innovations. Some are related to the work that made them famous, while others are offshoots of hobbies or just a single great idea. Here are a few of our favorite celebrity inventors.

In 1987 Curtis designed and patented a disposable diaper that included a waterproof pocket that held baby wipes. She hasn’t profited from her idea yet, though, since she refuses to license the patent until diaper companies make biodegradable products.

Part of guitar wizard Eddie Van Halen’s signature sound was his two-handed tapping technique, but letting all ten fingers fly while simultaneously holding up the guitar’s neck could get a bit tricky. Van Halen came up with a novel way to get around this problem, though; he invented a support (top) that could flip out of the back of his axe’s body to raise and stabilize the fretboard so he could tap out searing songs like “Eruption.” While Van Halen was obviously interested in improving his guitar work, the patent application he filed in 1985 notes that the device would work with any stringed instrument. Want to tap out a scorching mandolin solo? Find someone selling Eddie’s device.

It’s probably not surprising that Cameron—who designed a submersible to take him to the deepest known part of the ocean—will often invent technology to make his films if what he needs doesn’t exist. He holds a number of patents, including US Patent No. 4996938, “apparatus for propelling a user in an underwater environment,” that he and his brother, Michael, created to film The Abyss and patented in 1989. The device is basically an underwater dolly equipped with propellers that makes it easy for a camera operator to maneuver in the water—and allowed Cameron to capture the shots he wanted for the 1989 film, part of which was filmed in an abandoned nuclear reactor.

Page Page 1 of 4
Previous article: Multiplication of all Numbers in a Dial Pad Riddle
Next Post: Were You A Fan Of Cinnamon Toothpicks? More About Them And Where You Can Find Them Here.