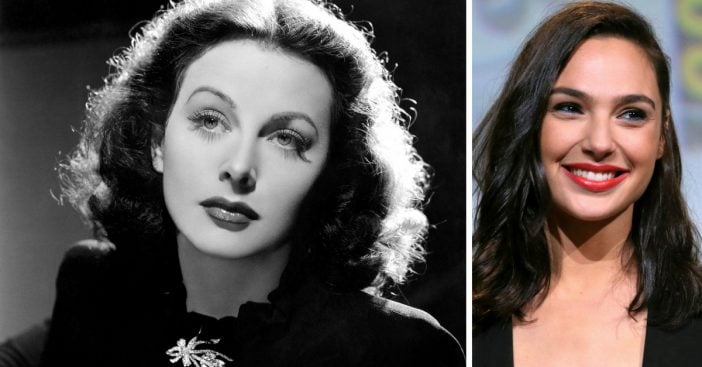 Gal Gadot, best known for her role as Wonder Woman, is in talks to play another iconic role. This time she is reportedly playing actress Hedy Lamarr. Hedy was born in Austria but became a big movie star in the United States. She was an MGM star in the late ’30s through the ’50s.

She appeared in films like Samson and Delilah, Come Live With Me, and The Strange Woman. She was often called the most beautiful woman in films and even in the world with her porcelain skin and dark, gorgeous hair. Do you think she was one of the most beautiful actresses in those days?

She had many other accomplishments besides being a famous actress. She was also an inventor. She discovered a frequency-based technology that is now used in Wi-Fi, GPS, and Bluetooth. Inventing was a hobby of hers and she often played around with new ideas. She had no training or schooling in any of this. How amazing is that?

Gal is reportedly near a deal to star in a Showtime series based on the life and the amazing career of Hedy Lamarr. It would likely be a mini-series. This wouldn’t be the first project to explore Hedy’s interesting life. In 2017, there was a documentary called Bombshell: The Hedy Lamarr Story. Did you watch the documentary? If so, what did you think about it?

There was another documentary released in 2004 that featured her children, Anthony Loder and Denise Loder-DeLuca, called Calling Hedy Lamarr. This was based on the fact that she hardly saw anyone in person during her later years. She would talk on the phone all day to friends and family instead. She had three children and was married six times in her life.

What do you think of the choice of Gal Gadot to play Hedy Lamarr in a mini-series? Would you watch it?

We will update you on further casting and information on this show as it is released.

If you enjoyed this article and love Gal Gadot or Hedy Lamarr, be sure to SHARE with your friends!

Previous article: What You Need To Know About The Perseid Meteor Shower This Weekend
Next Post: Sylvester Stallone’s Three Daughters Are All Grown Up And Working As Models