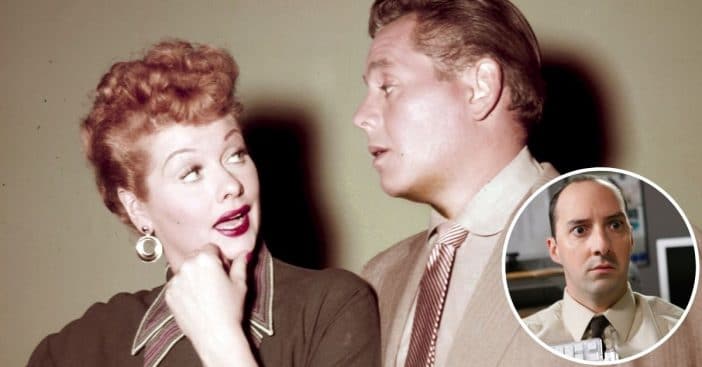 Actor Tony Hale recently opened up about being cast in the new film Being The Ricardos. The film will follow the complicated relationship between Lucille Ball and Desi Arnaz. Nicole Kidman has signed on to play Lucille while Javier Bardem is playing Desi Arnaz. Tony admitted that the cast is “pretty intimidating.”

In addition, Lucille and Desi’s children have signed on as producers to make sure the movie is as accurate as possible. Their daughter, Lucie Arnaz said, “My brother Desi and I signed on because this is a story of our folk’s real-life passionate, tempestuous and complicated relationship and not a recreation of ‘I Love Lucy’ – no one could do that. We felt exploring that relationship could be an enlightening challenge. We asked Amazon for the best and we got it with every hire.”

She added, “Aaron Sorkin has not told this tale as a ‘cradle to grave’ biopic. Instead, he’s chosen to illuminate a snippet of time during an incredibly intense period of their show’s enduring success. The casting choices have all been inspired and Desi and I are so looking forward to seeing what this impressive group of actors make of Sorkin’s delicious script.”

The cast is currently filming the movie. The release date is TBD. Are you happy with the casting choices?