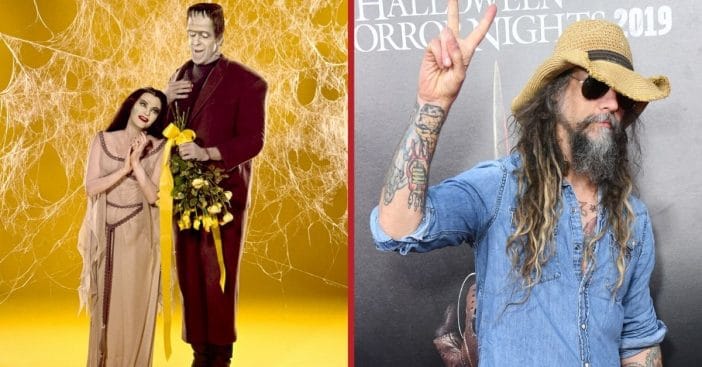 Rob Zombie is officially rebooting The Munsters as a movie, and it’s rumored to be featured on NBCUniversal’s new streaming service Peacock. Loudwire reports that the former White Zombie band leader is planning to have the reboot air both on the streaming service and in theatres simultaneously.

The initial news of Rob’s attachment to the reboot came up recently, and it has since been confirmed. “Production on the film is currently set to begin in Budapest in early May,” a statement reads, reported back in March. “Two of Zombie’s usual suspects have been cast as leads in the comedy, with Jeff Daniel Phillips set as Herman Munster and Zombie’s wife, Sheri Moon Zombie, set as Lily Munster.”

Also reportedly joining the cats will be Dan Roebuck, Jorge Garcia, and Richard Brake, and the incredible Cassandra Peterson, known to most as Elvira, Mistress of the Dark (who will be playing a supporting role). Rob is a horror buff and has gone on to make a number of horror flicks such as House of 1000 Corpses, The Devil’s Rejects, and 3 From Hell. Then in 2007, he rebooted Halloween and later did the same with Halloween II.

“I think for the most part, with most horror movies, it’s the weird ones that seem to stick with people,” he told Loudwire back in 2018. “It’s not the blockbusters that did $100 million that was everywhere, that everybody loved. Sometimes those just get forgotten. It’s kind of the weird movies that really hit the fanbase. Like Evil Dead — that wasn’t a blockbuster that did $100 million. It’s a movie most people, at the time, had never even heard of. Those are the ones that stick around.”