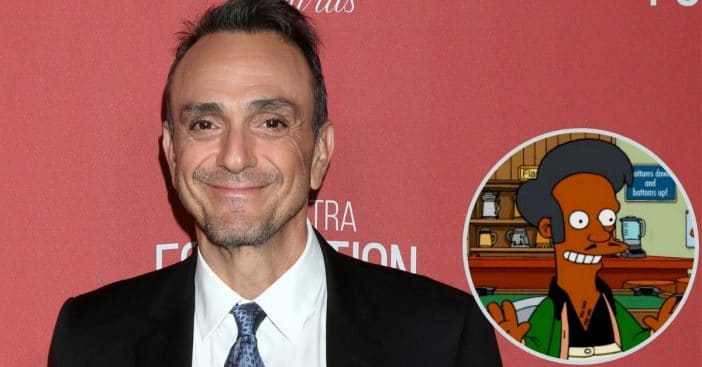 Hank Azaria recently apologized for voicing the character Apu Nahasapeemapetilon on The Simpsons for three decades. The character was an Indian-born convenience store clerk, and it took Azaria a long while to understand why some people took issue with his voice acting for the character. He now feels like he needs to apologize to “every single Indian person in this country.”

Azaria, a white male, voices several characters on the long-running Fox show, but now says he will no longer voice Apu. He recently opened up about the issue in Dax Shepard’s podcast, “Armchair Expert,” when he felt hurt and defensive after a documentary came out called The Problem with Apu.

At first, Azaria said he didn’t want to “knee-jerk respond to what could have been … 17 hipsters in a microbrewery in Brooklyn.” But he later realized he needed to educate himself a bit further, saying, “I talked to a lot of Indian people. I talked to a lot of people who knew a lot about racism in this country. I took seminars. I read.”

One conversation actually took place at his son’s school, where the actor spoke with a group of Indian students. A 17-year-old student approached Azaria in tears. “He’s never even seen ‘The Simpsons’ … but knows what Apu means,” Azaria says. “It’s practically a slur at this point. All he knows is this is how his people are thought of and represented to many people in this country.”

The student further asked Azaria to send a message along to his Hollywood colleagues: “Will you please tell the writers in Hollywood that what they do and what they come up with really matters in people’s lives, like it has consequences?”

“I was like ‘yes, my friend, I will tell them that,” Azaria says. He then turned to Shepard’s co-host Monica Padman, who is Indian American. “I said to him, and I’m going to say to you right now, I really do apologize. I know you weren’t asking for that, but it’s important. I apologize for my part in creating that and participating in that.”

Azaria is just one of the many white voice actors who are stepping down from voicing a character of another race. Mike Henry stepped down from voicing Cleveland, a Black man, on Fox’s Family Guy. Jenny Slate and Kristen Bell also said they would stop voicing mixed-race characters on Netflix’s Big Mouth and Apple TV Plus’s Central Park.
The solution? Azaria concludes: “If it’s an Indian character or a Latinx character or a Black character, please let’s have that person voice the character.”
Click for next Article