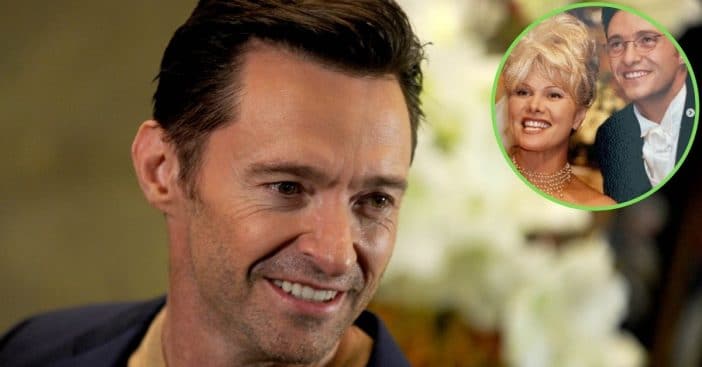 Hugh Jackman recently shared photos of him and his wife, Deborra-Lee Furness, from their 1996 wedding to celebrate their 25th wedding anniversary. “Being married to you Deb is as natural as breathing,” Hugh captions the collage of photos.

“From nearly the moment we met … I knew our destiny was to be together. In our 25 years – our love has only grown deeper. The fun, excitement and adventure more exhilarating; the learning even greater.”

He continues, “I’m forever grateful to share our love, our life – and, our family together. We’ve only just begun. Deb, I love you with all my heart!” He also shared a separate photo of the two from their wedding, being held up on their guest’s shoulders. Looks like a lot of fun! “Deb. You are, and always will be, the great love of my life. I love you to the moon and back,” he writes for that photo.

RELATED: Hugh Jackman Was Once Told Not To Sing After Getting Skin Cancer Removed

The couple first met on the set of the Australian TV series Corelli in 1995, and Hugh proposed just four months later and the two would wed in 1996. They have adopted two children together, Oscar Maximilian, 20, and Ava Eliot, 15. The Greatest Showman actor revealed to Willie Geist in an interview that he “immediately knew” Furness would one day be his wife. “I knew two weeks into meeting Deb that we were going to be together for the rest of our lives,” he says.

“In the end, what do you want from your life partner?” he adds. “You want to be fully seen and you want to be able to fully see them for exactly who (they) really are. And Deb and I had that from the beginning.”

The Wolverine star also shared his personal secret to the longevity of his marriage. “You have got to find the right person. It’s powerful, but simple,” he shares. “When you’re dating, you literally put on the best version of yourself… When you get on the dance floor, you’re like, all right, I am pulling out my best moves here, I am doing my best lines, I have got my best clothes on. How do you transition from that person to actually truly being yourself? The tracksuit pant version of yourself.”

Hugh also adds that the two made some ground rules as well to keep their relationship strong and flourishing. “Deb was in the business before me and made some rules… We are not going to spend more than two weeks apart, and we are not going to work at the same time if we don’t have to financially. So, one of us is always there to support the other. And we have maintained that for — well, next month is 22 years.”

Click for next Article
Previous article: Prince Philip Once Said He “Can’t Imagine Anything Worse” Than Turning 100
Next Post: ‘SNL’ Performer Honors Chris Farley And Kurt Cobain During Show