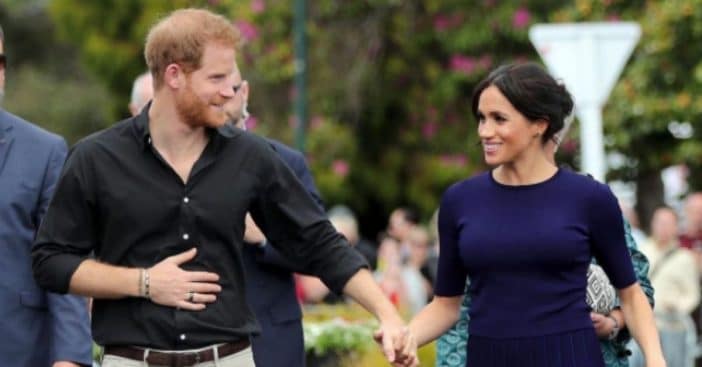 Potentially leaked conversations concerning Meghan Markle and Prince Harry have allegedly sparked worry within the Royal family, according to an exclusive source. Gayle King revealed on CBS This Morning that Harry spoke to his father Prince Charles and brother Prince William since their bombshell interview with Oprah aired, and the source says that the conversations were “not productive.”

“Well, I’m not trying to break news, but I actually did call them to see how they were feeling, and it’s true, Harry has talked to his brother and he has talked to his father too,” says King. “The word I was given was that those conversations were not productive. But they are glad that they have at least started a conversation.”

.@GayleKing checked in with Prince Harry & Meghan this weekend:

King continues, “And I think what is still upsetting to them is the palace keep saying they want to work it out privately, but yet, they believe these false stories are coming out that are very disparaging against Meghan, still.” She adds that “no one in the royal family has talked to Meghan yet, at this particular time.”

The exclusive source mentioned previously is Royal author Anna Pasternak, who claims that no one has reached out to Meghan since the tell-all interview aired – and the reason behind this is because members in the Royal family fear that their conversations may be leaked to the press. “They don’t trust her,” Pasternak alleges. “They don’t trust that if they do get in touch with her, that’s not going to be reported through CBS. You can’t go on international television, have an audience of nearly 50 million people globally, basically trash the royal family, and then expect them to reach out in good faith. It just won’t work. It would be naïve to think that this interview would prompt the royal family to instantly think, ‘Our institution is all wrong. We’re completely out of date. We need you to help us modernize.’”

“Well, that was never going to happen,” Pasternak continues to explain. “The reason the British royal family – the House of Windsor – has survived is because they have been quite ruthless in their survival mode and they’ve stuck to the same traditions and protocols. Harry acknowledged that when he said ‘My brother and my father are trapped’ because he knows nothing is going to change.”

All of this occurred after Meghan claimed in her tell-all interview that certain members of the Royal family had concerns about the color of their son Archie’s skin before he was born, implying racial tensions within the family. While they haven’t leaked a name, this gives members of the family all the more reason to stay silent.