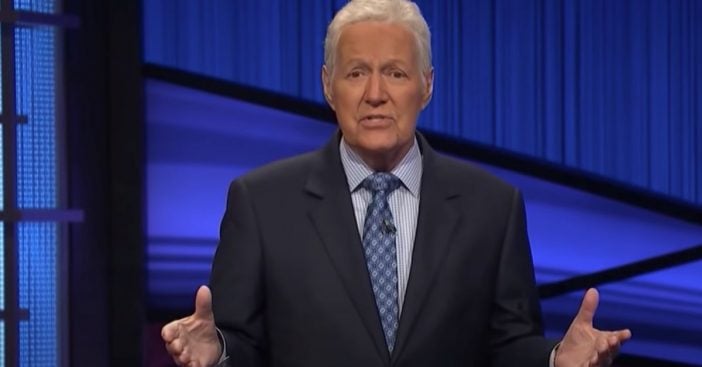 Jeopardy!‘s ratings have dropped another 5%, this time dropping from the top ratings spot for the first time since Alex Trebek’s final episodes. The show finished with a 5.3 household rating, with Family Feud leading the week with a 5.4.

The show’s ratings began dropping when Katie Couric began hosting the show as one of the many interim guest hosts. Next up on the guest-hosting list is Dr. Oz, whom many were not pleased when they heard he was going to be a guest host.

The show has typically been in the top spot with the beloved Trebek hosting the show. He sadly passed away in November 2020 after a long and courageous battle with pancreatic cancer. His final episodes caused the show to soar to an all-time high, pulling a 6.6 across his entire farewell week. His final episode that aired on January 8th, 2021 drew in 14 million viewers.

Ken Jennings was the first guest-host to take the lead on the show after Trebek’s final episodes aired. He managed to pull a 6.2 rating in his first week, and a 5.9 in his second week. Other guest-hosts to take the stand include Green Bay Packers quarterback Aaron Rodgers, 60 Minutes correspondent Bill Whitaker, and Call Me Kat star Mayim Bialik.