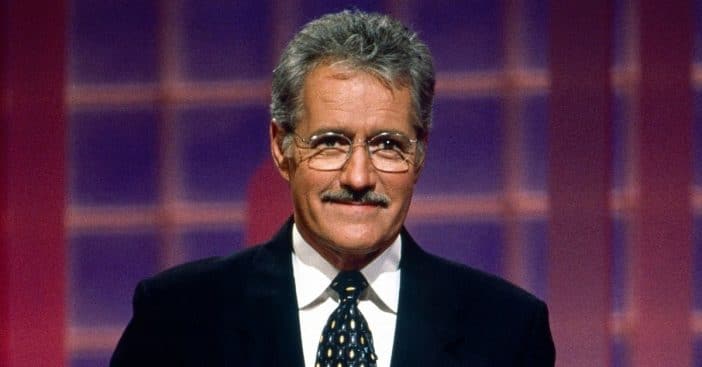 The world lost Alex Trebek on November 8, 2020. Luckily for Jeopardy! fans, Alex did record many episodes ahead of time. His final day of filming was on October 29th and he filmed enough episodes to last until Christmas. Instead, Jeopardy! Is airing his final episodes on the first full week of January 2021.

The final Jeopardy! episode featuring Alex will air on NBC on January 8th. Episodes air at 7:30 p.m. ET. Jeopardy! is also airing 10 of Alex’s best episodes as a tribute to him during the weeks of December 21st and December 28th.

Executive producer Mike Richards revealed, “That first show of that final week … he gives a speech talking about togetherness, how important family is, and it will resonate even more now. It was so beautiful that we were all emotional, we were all in tears, and we all started clapping. It almost distracted him because he was going, ‘OK, now let’s play ‘Jeopardy!'”

RELATED: Alex Trebek Asks Fans To ‘Be Thankful’ And ‘Keep The Faith’ In Prerecorded Thanksgiving Video

Mike continued, “Alex believed in the importance of ‘Jeopardy!’ and always said that he wanted the show to go on after him. We will honor Alex’s legacy by continuing to produce the game he loved with smart contestants and challenging clues. By bringing in familiar guest hosts for the foreseeable future, our goal is to create a sense of community and continuity for our viewers.”

After those episodes air, Ken Jennings will take place as the interim host on January 11th. He was a big winner and many Jeopardy! fans know Ken very well. He won 74 times and is now a producer on the show. After Ken appears as host, they will have a series of interim guests. No word yet on who will take over hosting duties permanently.