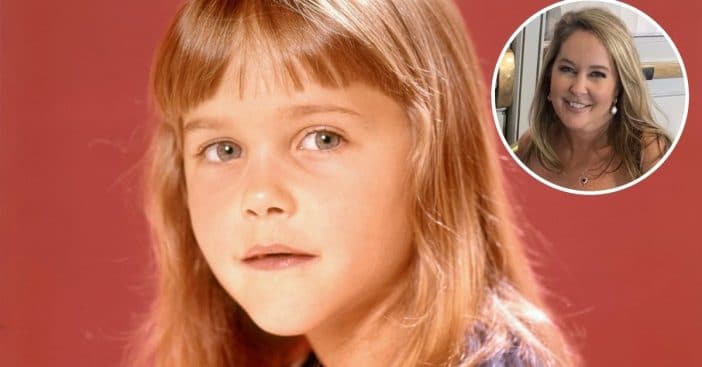 Erin Murphy, best known for her role as young Tabitha on Bewitched, recently made a rare appearance on a red carpet. If you’ve never seen her all grown up, you won’t believe your eyes! She is now 56 years old and looks beautiful.

Erin recently appeared on the red carpet for the 24th Family Film Awards in Los Angeles. Even though she is now in her 50s, you can definitely see the resemblance to her younger self. She looked stunning in a strapless black dress.

According to her Twitter page, she got to spend time with another legendary actress, Ann-Margret. She tweeted, “Just another Wednesday night. Sitting backstage at the Family Film Awards chatting with ANN-MARGRET!!!”

RELATED: Erin Murphy From ‘Bewitched’ Gets Real About Her Quarantine Routine

Just recently, Sony confirmed that another Bewitched film is in the works. This one will be more reminiscent of the original series that Erin starred in. However, she has not spoken about the film. Fans can only hope she might be involved in some way!

Erin hasn’t acted much since Bewitched but she did reprise her role as Tabitha in a show called TV Therapy in 2019. She also recently shared some stories from the set of Bewitched. Watch it below:

Click for next Article
Previous article: Piers Morgan Believes Sharon Osbourne Was ‘Bullied Out Of Her Job’ At ‘The Talk’
Next Post: Alex Trebek’s Son Shares One Item He Saved From His Dad