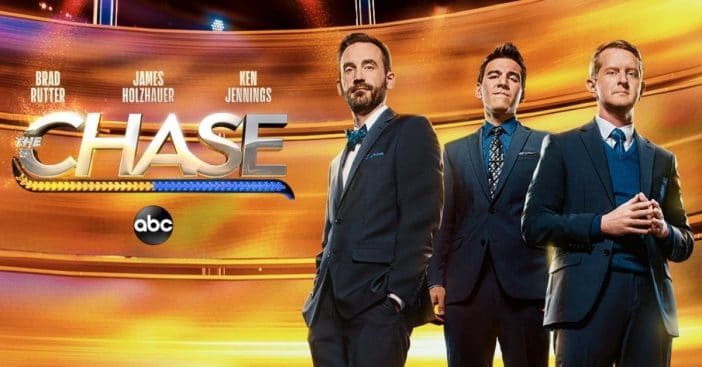 ABC’s show The Chase is facing protests from its writers. The game show, a famous remake of the original series from Britain, has featured a lot of famous star power during its run, including Jeopardy! icon Ken Jennings as the contestant to beat.

Jennings famously solidified his place in game show history as the Jeopardy! GOAT, or greatest of all time. He also had a brief stint as the game’s host following the passing of Alex Trebek. The other game show he’s participated in, however, isn’t fairing so well.

ABC’s remake of Britain’s original The Chase sees Ken Jennings as one of the players to beat. He works alongside Sara Haines as the primary driving force behind the series. But it has also had other former Jeopardy! GOAT contestants featured on its episodes, including James Holzhauer and Brad Rutter.

So far, The Chase seems geared up for a short run; season one’s first nine episodes went live in January and were spaced out enough to run to March. However, Outsider reports The Chase has not yet been renewed for a second season. Deadline does note that producers might make more episodes just for the first season, however. They face an uphill battle, though, with recent strikes from the show’s writers.

The writers air their grievances

Currently, The Chase faces a strike notice from the Writers Guild of America East (WGAE). WGAE wrote “Per Working Rule 8, no Writers Guild member shall accept employment on The Chase, effective immediately. ITV America has refused to apply the full terms of the Minimum Basic Agreement (MBA) to all seasons of The Chase going forward – and writers on The Chase, and the Guild at large, refuse to accept an agreement that would undermine writers of future seasons.”

WGAE executive director Lowell Peterson further specified that writers did not receive any benefits from ITV America. Contract disputes have been engaged between the writers and ITV America. On their side, ITV America argues that the organization offered benefits to the writers that ended up turned down and countered with impossible demands.

“After the WGAE approached ITV one week ago, we began good faith negotiations and proposed a package for the writers that includes generous, over-scale pay increases and health benefits through the WGA,” ITV replied. “Despite that proposal, the WGAE is refusing to make a deal and insisting on terms that would economically cripple the show. We remain open to continuing discussions with the guild. ITV offers top-tier health benefits to all employees, whether union or non-union.”

Click for next Article
Previous article: The Internet Reacts To Kristen Stewart’s New Picture As Princess Diana For Biopic ‘Spencer’
Next Post: William Shatner Admits He Was Embarrassed To Turn 90