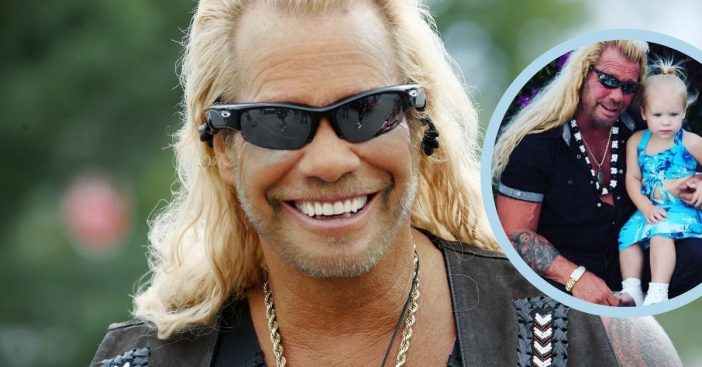 Duane “Dog” Chapman gained national recognition as a bounty hunter for his 2003 capture of Max Factor in Mexico. The following year, Chapman was given his own television show and became widely known as “Dog.”

In his show, Dog the Bounty Hunter, fans view Chapman as a hard and dedicated worker. While Dog is known for his long, blonde locks and tough facade, he is a devoted family man above all.

Dog, His Granddaughter, and His Family

In a recent Instagram post, Lyssa Chapman shared a photo of her father with her daughter, Madalynn on his knee. Her caption reads, “#TBT To My hero and my baby #ilovemydad.” The photo showcases a tender moment between Chapman and his granddaughter— something fans are not always privy to.

Lyssa Chapman featured on Dog the Bounty Hunter for years collecting bounties along with her father. Her photo received over 5,000 likes and multiple comments from fans and friends sharing their love.

Lyssa, Dog, and the rest of the Chapman family have been coping with the loss of the family’s matriarch, Beth. Beth, who passed in July of 2019, co-starred alongside Dog from 2004-2019. The duo appeared in three separate reality shows together over fifteen years. The pair married in 2006 and maintained their marriage for thirteen years.