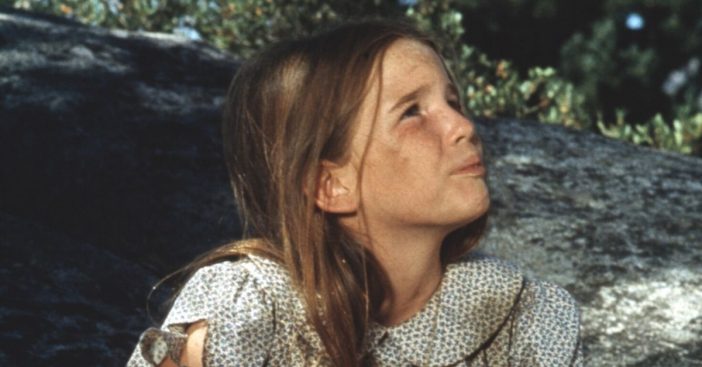 Melissa Gilbert famously portrayed Laura Ingalls on Little House on the Prairie. She was very young when she first started filming and acting was very new to her. Sometimes, certain scenes were very difficult to film and she couldn’t access the emotions she needed to.

In one particular episode titled “The Love of Johnny Johnson,” Laura has a crush on an older boy named Johnny Johnson. However, Johnny likes her older sister Mary. Mary doesn’t like him back. It was quite the mess!

At the time, Melissa had never had a crush in real life! She had a hard time portraying those feelings on screen. She admitted she would mimic what she had seen on The Brady Bunch and The Partridge Family.

RELATED: Melissa Gilbert Shares A ‘Little House’ Moment That Made Everyone Cry

At the end of the episode, Laura cries. Melissa admitted, “Sometimes it was hard for me to get to those emotions, and this episode was one of those times. Putting myself in Laura’s shoes didn’t work. Nor did dragging up some kind of horrible memory from the Dungeon. So Mike (Michael Landon) helped me.”

She continued, “He put his arm around me and walked us away from the set, off to the side where we could be alone. And in the time it took to walk fifteen to twenty feet, he got himself crying. Then he turned to me and with tears rolling down his face, he said, ‘Do you have any idea how much I love you?’” This helped Melissa shed some tears of her own for the scene.

Click for next Article
Previous article: Jack Osbourne Discusses The Toll This Past Year Took On His Family’s Health
Next Post: Just In: ‘Moonshiners’ Star Lance Waldroup Dies At 30