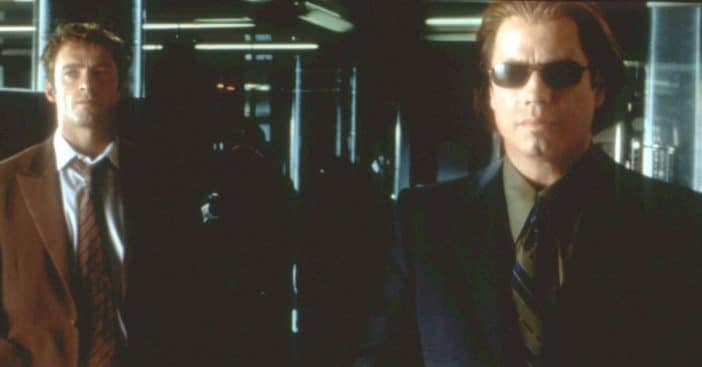 Hugh Jackman recently shared a very hilarious throwback video! Back in 2001, Hugh Jackman and John Travolta starred in the film Swordfish together. To promote the film, they started singing “Summer Lovin'” from Grease with Hugh singing Olivia Newton-John’s parts!

Hugh recently shared the clip on his social media pages. In the clip, John starts singing “Summer Lovin'” and Hugh jumps in. He captioned the video, “Whose idea was this and why did I agree to it?! @johntravolta @rovemcmanus @therealonj #Grease #swordfish #throwbackthursday”

It is no surprise to see both of the actors singing together. They have both appeared in several musicals. Hugh recently starred in the musical The Greatest Showman.

This year marks the 20th anniversary of the pair working together in Swordfish. While the movie didn’t generate a lot of love from audiences, it certainly seems to have been great fun for these actors to work together. Watch the clip below: