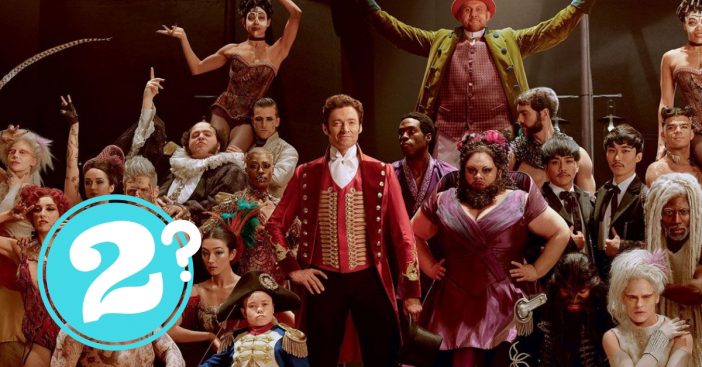 Reports are surfacing about a Greatest Showman sequel in the works and rumors are Hugh Jackman is set to star once again. If you’re a fan, this is really exciting news! The first film’s director, Michael Gracey has been giving fans hints about the second movie that is likely in the works.

Since the movie was released in 2017, its popularity has only grown. Many different celebrities have now covered songs from the film. Gracey has shared that the sequel is under development. The film’s popularity is somewhat surprising. When it was first released, critics didn’t like it. It didn’t do that well at the box office at first either. It just goes to show that movies could become classics later on!

Hugh Jackman stars in the film as P.T. Barnum. Zac Efron, Zendaya, and Michelle Williams also star. The movie made over $434 million internationally at the box office. Not only that, but it also set records with the soundtrack sales and the film won a Grammy for best compilation soundtrack for visual media! No word on if any of the original actors may sign on to a sequel. The songwriters from the original movie are expected to sign on for the second, which means we know the music will be amazing.

Even though The Greatest Showman is a very loose adaptation of P.T. Barnum’s real life, the sequel could follow Barnum’s story. Barnum became interested in politics later in life and ran for Congress in the 1860s. He lost, but later became a Republican representative and then mayor of Bridgeport, Connecticut. We aren’t sure how they could tie in music and the circus to politics, but anything could happen! We would love to see a sequel about the Barnum and Bailey circus and have some amazing new songs to listen to.

Hugh Jackman will be seen on his own solo tour starting in May 2019. He is set to perform songs from The Greatest Showman, Les Misérables, The Boy From Oz, and more on his tour. Will you be heading to his tour in your town? What do you think about Hugh Jackman going on a solo tour? If you are interested in tickets, visit Hugh’s tour website here.