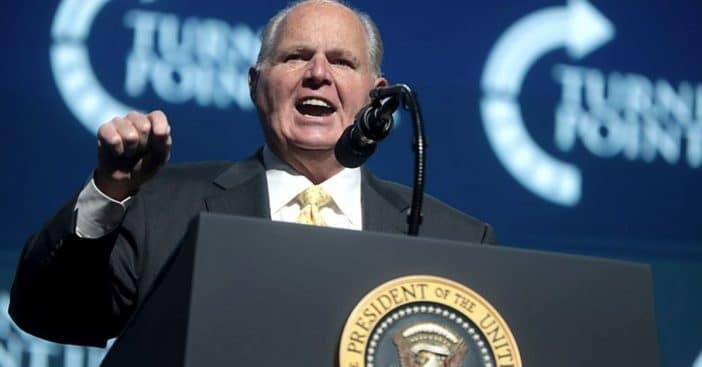 It has been reported that conservative talk radio host and pioneer, Rush Limbaugh, has died at the age of 70. He had been previously diagnosed with stage IV lung cancer. His wife, Kathryn, made the announcement on his popular radio show.

Limbaugh was most recently awarded the Presidential Medal of Freedom by Former President Trump at the State of the Union address. Former First Lady Melania Trump presented the award to Limbaugh, which was just days after he made his diagnosis public.

Limbaugh launched his radio career in the 1970s, becoming one of the most popular conservative talk show hosts. It has been on national syndication since 1988, making him one of the largest conservative voices for three decades.

"It is with profound sadness that we announce the death of Rush Limbaugh, a giant of American broadcasting, a uniquely talented performer, and a hugely generous man to whom I owe almost everything…"