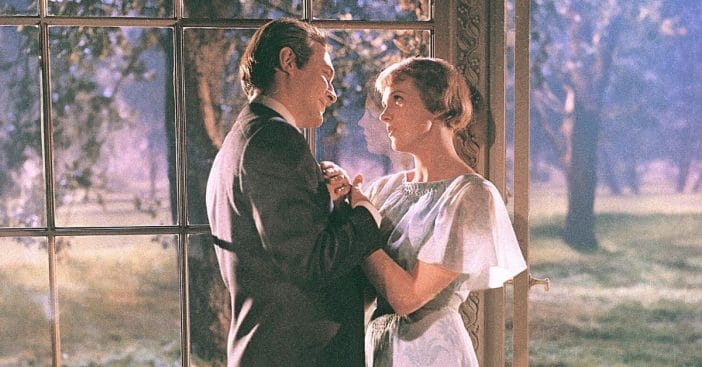 Actor Christopher Plummer has died at the age of 91. He is best known for his role as Captain Georg von Trapp in the 1965 film The Sound of Music. After hearing the news of his passing, many of his former Sound of Music co-stars, including Julie Andrews, paid tribute to him.

Julie said, “The world has lost a consummate actor today and I have lost a cherished friend. I treasure the memories of our work together and all the humor and fun we shared through the years. My heart and condolences go out to his lovely wife Elaine, and his daughter Amanda.”

Even though Christopher would often say he didn’t love the final cut of the film, he stayed close with many of the cast members. In addition, some of the other Sound of Music stars shared their condolences. Debbie Turner (Marta) wrote, “Today we mourn the loss of my film daddy, Christopher Plummer. He was always very kind to me, though ‘in Character’ while we were filming. We had a love-respect for him as we knew he was the authority of the family von Trapp. I am honored and privileged to have had the opportunity to work with him and be his film daughter. Rest in Peace, daddy.”

Kym Karath (Gretl) tweeted, “Deeply saddened to hear of Chris Plummer’s passing. He was a lovely, brilliantly talented man, with a wickedly witty sense of humor. And he was extremely sweet to me. I will miss him.”

Angela Cartwright (Brigitta) wrote, “A sad day to hear of Christopher’s passing. What a full and long life. He was so very talented. You will always be my Captain. Rest In Peace.” She also shared a lovely throwback photo from the set.

In conclusion, Nicholas Hammond (Friedrich) tweeted, “Christopher Plummer showed this fourteen year old novice actor what acting really was. He never compromised. Every film and every play he did was made better by him. A huge blow to us in the ‘Sound of Music’ family. We, along with the whole world, will miss him very much.”