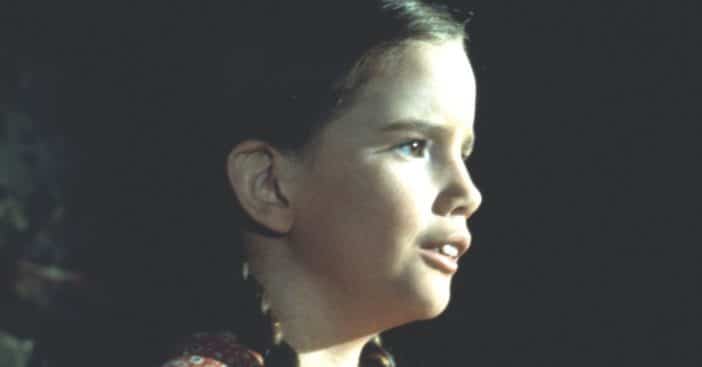 When an actor gets famous, they are showered with love from fans. However, some take it a little too far. When Melissa Gilbert was on Little House on the Prairie she became a superstar. She was on the show for eight years and throughout that time, she dealt with some crazy fans.

For starters, Melissa remembers a time when she was a pre-teen and at the airport with her family. She had to watch her little sister and was trying to get her to settle down on the plane. She recalls that a fan asked for her autograph but she just couldn’t do it at the time.

Melissa remembers that the lady called her a ‘little brat.’ Later on, there were fans that were obsessed with the show and Melissa in particular. She recalled that they wanted to take her to a cave because they thought she was the second coming! How scary.

She said, “Everybody was watching me very closely. I had virtually no freedom. I didn’t know this at the time but there were so many people writing kidnapping threats and stuff and so many weird, crazy stalkers that they kept from me. That’s why I was rarely alone and watched over constantly.”

We are glad she was never kidnapped!

Click for next Article
Previous article: Mark Hamill Finally Discusses Carrie Fisher And Harrison Ford’s Affair During ‘Star Wars’
Next Post: ‘The Waltons’: Both The House And Cast Continued On In Other Drama Shows