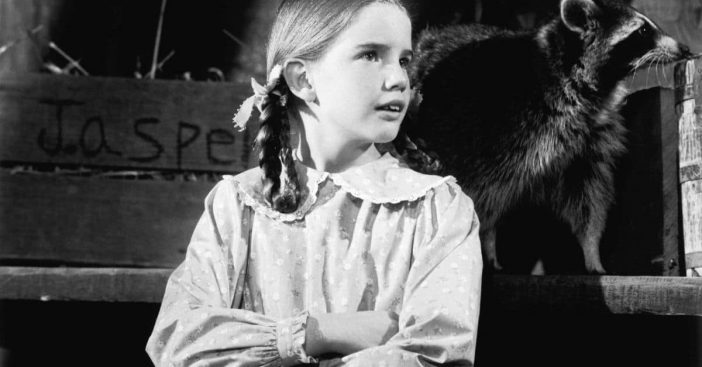 As with any child actor, it’s difficult to keep them in the same role for a long period of time as they continue to grow. Boys’ voices will get lower and they’ll develop facial hair eventually. Girls, well… they’ll become a lot more developed, and won’t be the same little girl anymore. This same situation happened for Melissa Gilbert, who began starring in Little House on the Prairie as a young girl.

She stayed with the show up until she was a young woman, and due to this, the show’s producers actually had her bind her chest when she began developing breasts in puberty. This is because the current script didn’t allow her to mature just yet, but her body clearly had other plans!

Melissa Gilbert had to bind her chest as she grew up, but ended up getting breast implants as an adult

Ironically, as Gilbert grew older, beyond Little House, she actually got breast implants. But, back in 2015, she made the decision to have them removed. “This post is all about breasts,” she wrote online at the time. “Specifically, this is all about mine because next week I’m having surgery to remove my implants permanently … A. I am concerned for my health and 2. I don’t like the way they look or feel. Frankly, I’d like to be able to take a Zumba class without the fear that I’ll end up with two black eyes.”

RELATED: ‘Little House On The Prairie’: No Sisterly Love Between These Two Clashing Actresses

Gilbert has often been candid about her journey with being self-conscious about her breasts as she dealt with being flat-chested with A-cups. “I was a proud, card-carrying member of the Itty Bitty Titty Committee. I had no desire to have a Jessica Rabbitesque figure,” she explains.

Viewing aging as a positive thing

She did add, though, that being an actress came with added pressure to look a certain way, which is why she got breast implants in the first place. “But let’s face it, ladies, we are pressured and bombarded with messages from the moment we can read for ourselves. And another thing…what’s with all the plastic surgery billboards? … This is our culture. It has been for a long, long time and I fell right into it.”

Nowadays, Gilbert has a new love for the concept of aging and viewing it in a positive light. “Aging is a gift, not a curse. Love yourself. You are perfectly beautiful. You are enough.”

Let’s find out some more about our Favorite show, Little House!