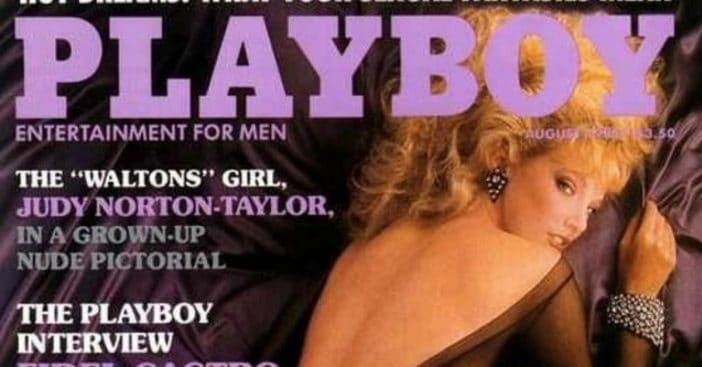 Stardom from a popular TV show comes with some consequences. After so many episodes of seeing a particular actor, viewers and casting directors see them in a certain light. As a result, many who make it big on TV fear becoming typecast, stuck with roles similar to their biggest credits. Such was the fear shared by some of the younger actors on The Waltons, who became forever seen as wholesome, sweet kids. The quickest way to offset that, in their minds? Some breast implants and a Playboy spread.

Viewers came to know Judy Norton-Taylor and Mary Elizabeth McDonough as Mary Ellen and Erin Walton. Both lived admirable lives through the show, with each providing different sources of inspiration. Throughout it all, they maintained a wholesome, clean image. The girls lived free of scandal and sensation as the eldest and second Walton daughter respectively. Their actresses, however, wanted to be seen as mature young women independent of the characters they played. So, they took major actions to redirect how people saw them.

When young Mary Elizabeth McDonough rose to fame, a particular trend had just arisen. Typically, starlets in her position sought out certain body modifications. So, McDonough followed the fad and got herself breast implants at the age of 24. In this regard, McDonough hoped people would see her as older and grown-up from the role of Erin Walton the telephone operator. This, she thought, might then further help boost her career since she wouldn’t be stuck as a certain “type.”

However, the decision provided more regrets than career opportunities. Now, she uses her experience as a warning and word of advice to others before they get their surgeries. “I had breast implants trying to fit in and be part of the Dallas era,” she explained. “I made that choice because I was told they were safe and would last a lifetime. They weren’t and I got very, very sick… My implants ruptured and disintegrated in my chest. I was sick for 10 years and no one knew what was wrong with me.” It wasn’t until ’94, after years of chronic pain and hair loss, that McDonough decided to remove the implants, suspecting them as the culprit.

She also suspects the implants gave her lupus because once she had them removed, her health improved and her lupus went into remission. Today, she doesn’t discourage women from getting the surgeries they want, but she does advocate for getting all the information while she herself lobbies for safer practices.

Turning to a Playboy spread for reinvention

Again, another former Walton daughter wanted an identity of her own, not that of Mary Ellen Walton. In this case, Judy Norton turned to Playboy. Immediately after The Waltons ended, Norton Taylor went into stock theater to try and diversify her portfolio and avoid typecasting. This acted as a way to “reinvent” herself. But then, in 1985, she shocked everyone by using a more dramatic method. At the age of 27, she appeared in a spread for the August issue of Playboy.

She saw it as “the quickest, most direct way to get the point across” about who she was and who she was not. Advisors also assured it would be “a good, positive career move.” Looking back, though, she found it to be neither. No particularly daring roles came up and she found “that everybody who ever did an interview with me would bring it up again.” It wasn’t all a loss, however. She admitted, “I learned a lot of lessons from it, in terms of trusting my own instincts and decisions more than other people’s, even though it seemed like they knew more than me.”

Her final piece of advice remains relevant to this day fo many people: “Ultimately, I’m the one that had to live with a difficult decision to make at the time. It is what it is. You can only go forward.”