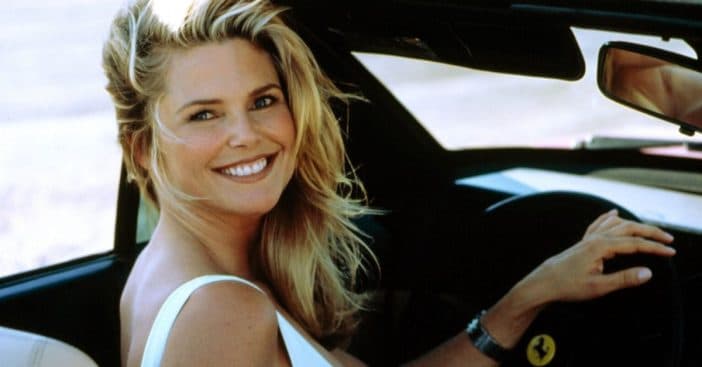 Christie Brinkley has a new hip! The model and actress shared on Instagram that she recently had a hip replacement after injuring it in 1994. At the time, she injured her hip during a helicopter crash on a ski trip. Luckily, everyone survived the crash and Christie only had minor injuries to her hip. Over the years, the pain got worse so it was time for a hip replacement.

She shared several photos of herself on a snorkeling trip and made note of the bandage on her hip. She wrote, “New Year, New Hip! Yes that’s a band aid on my hip. I injured my hip in a back country skiing helicopter crash on a mountaintop in Telluride many years ago. The pain in my hip got a little bit worse each year. 12 years ago I was told it needed to be replaced but the surgery was daunting ! And I had things to do! But quarantine put a damper on any plans so I decided to finally take time for myself and do something about the pain that had progressively influenced my decisions.”

She continued, “I wanted to be ready to be able to say yes to opportunity. I had my surgery at Thanksgiving and I was dancing in my kitchen by New Years Eve and today I put on my long fins and explored the coral reefs propelled by my new hip! I’m writing all this to say If you’ve been putting something off that could improve your well-being but hesitate out of some sort of fear, I suggest learning as much as you can about the process and the results and expectations.”

RELATED: Christie Brinkley Thanks Sports Illustrated For Working With Her In Her 60s

Lastly, she added, “I found the best Doctor for my circumstances and voila! I can’t tell you how happy I am to have done this. Now I can focus on getting back in shape and rebuilding my strength. Never to old to get hip! 😜 PS This was an early morning dive ( literally jumped out of bed and into the boat) so the sun was low [a]nd raked highlighting the particles in the water I’m sure to have clearer shots in the days ahead! 🐠🐟🐙”

Great to see Christie doing well with her new hip!