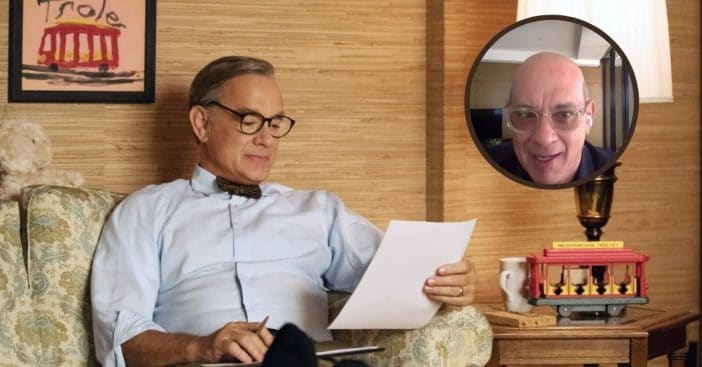 2021 marks the release of Elvis, a biopic promising some engaging star power. Tom Hanks plays Presley’s manager Colonel Tom Parker. While the premise and role both sound promising, it’s asking Hanks to make a few cosmetic changes, including one dramatic hairdo he’s less than fond of.

Tom Hanks shared (or, “scared”) viewers on The Graham Norton Show when he took off his hat and showed a partially shaven head. During the remote call, he talked it down, making the whole thing into a joke to stir up laughs.

Tom Hank, 64, went onto the Graham Norton Show for a virtual chat about the upcoming biopic Elvis (2021). To play the former King’s manager, he’s been made to shave most of his head. Hanks showed off this new style by sliding off his hat and showing a very large bald patch across most of his scalp.

“Let me show you the horrible haircut I have to have in order to portray Colonel Tom Parker,” he prefaced before the big reveal. “Can you see that? Look at that thing. I just scared the children, I want to apologize.”

Laying all the pieces out

Hanks turned things around again when he added jokingly, “What I really wanna do is just have a little tuft of hair right here and then a big beard – but then everybody would think I’m Graham Norton.” Fortunately, the two could only fling verbal jabs since quite a bit of distance separated them with Hanks currently in Australia.

There, he’s returned to work on Elvis. The upcoming Baz Luhrmann has Austin Butler as the titular King of Pop. One of Butler’s biggest roles in the past came from the teen drama Switched at Birth. Since then, he’s developed a strong presence in front of the camera and behind a microphone. His Broadway debut came in The Iceman Cometh playing Don Parritt, a “lost boy.” Work for the biopic paused when the coronavirus pandemic hit the world hard midway through 2020 but now production has resumed so Elvis can meet again with Colonel Tom Parker soon.