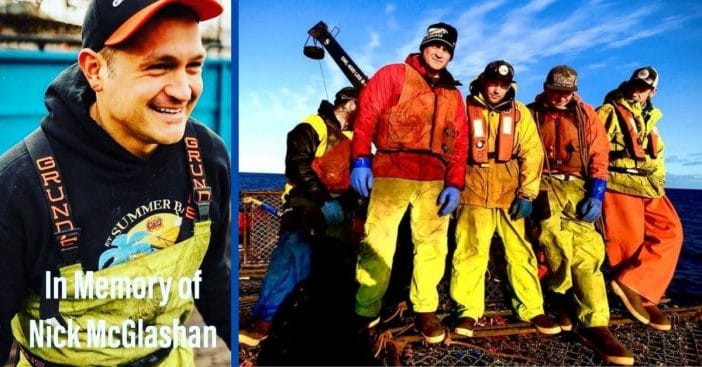 It has been reported that Nick McGlashan, star of Deadliest Catch, has died at the age of 33. Both the medical examiner and McGlashan’s family confirmed the sad news to TMZ that he had died in his home in Nashville, TN over the weekend. The cause of death was not disclosed.

Discovery tells Entertainment Tonight in a statement: “Our deepest sympathy goes out to Nick’s loved ones during this difficult time. Nick came from a long line of crabbers and was known for his great depth of knowledge. He also had a sharp sense of humor even in the most difficult conditions. He will be deeply missed by all those who knew him.”

McGlashan had just posted to his social media a few weeks ago, sharing a photo of a gorgeous sunset in Seattle, Washington. He also shared a photo of he and his crew members from Deadliest Catch, of which he has been part of for seven years prior to his death.

McGlashan’s co-star Landon Cheney shared some photos with the late actor following the news, writing, “He will wipe every tear from their eyes, and death shall be no more, neither shall there be mourning, nor crying, nor pain anymore, for the former things have passed away… ‘Behold, I am making all things new.’ Rest easy my brother #gonebutnotforgotten #restinpeace #brothers.”

Another co-star, David Scheetz Jr., also shared some words and photos of his late friend. “I know one thing… I don’t wanna do this without you. You gave me strength when I swore I didn’t have anything left. You ARE the best leader, teacher and mentor I ever worked with. And this season is not gonna be the same AT ALL. I’ll do it though. Like you taught me. “Move your ass Bird”… you got it Boss… I love you man…”