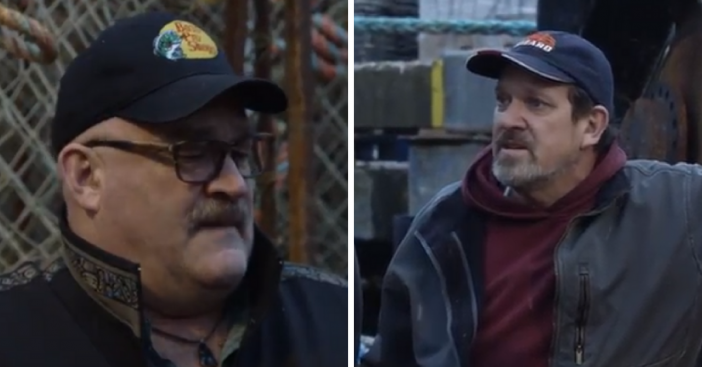 Fan favorite Captain Keith Colburn won’t be returning for the next season of “Deadliest Catch” and it may not be for the reason you expect.

Turns out Keith revealed that he has osteomyelitis, a severe bacterial infection, in his spine. In the latest episode of the show’s 14th season, he revealed his diagnosis with the crew.

“My back is all f–ked up,” he told his crew. He also told them the vertebrae in his spine looks like they have been doused in battery acid. Ouch!

According to WebMD, osteomyelitis is a rare and serious bone infection. Most cases are caused by Staphylococcus aureus, a type of staph bacteria. Symptoms of this infection include severe back pain, fever, irritability, fatigue, nausea, lost range of motion, swelling, tenderness, redness, and warmth in the infection area. We wonder if he picked up this infection working on “Deadliest Catch”!

The infection was once considered incurable, but there are now treatments for it. Keith said he will be receiving antibiotics injected intravenously every day, which is why he can no longer join his crew for the time being.

In his absence, he named his brother, Monte Colburn the new captain of the boat. He also told his brother, “You know what to do.”

Unfortunately, this isn’t the first health trouble for a cast member on the show. Keith actually also suffered from a heart attack in the past. Additionally, Blake Painter died on May 25, 2018, from a reported drug overdose at the young age of 38-years-old. They also lost Captain Phil Harris at 53-years-old from stroke complications in 2010.

We wish Keith a speedy recovery and hope he can one day rejoin the show and his crew! The show continues on Tuesdays at 9 p.m. ET on Discovery.

Do you watch “Deadliest Catch”? Will you miss Captain Keith Colburn?