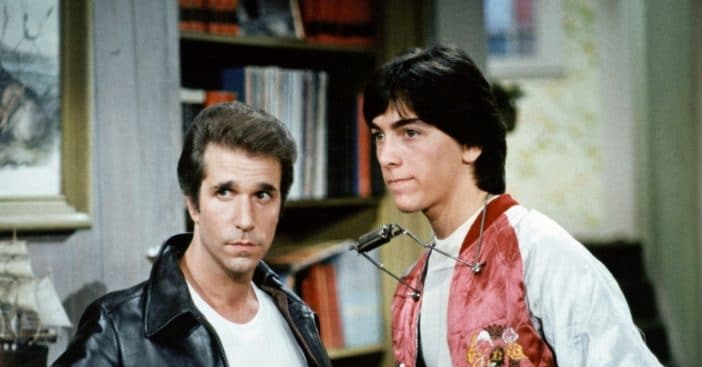 Several cast members of Happy Days reunited a few months ago for a political fundraiser for the Democrats. Scott Baio was not in attendance and did not agree with the reunion due to his differing political beliefs. He also believes that beloved sitcoms should not be involved in politics. His former co-star Henry Winkler responded to his comments.

Henry was in attendance at the reunion. Henry said, “Scott is my family. But he has his political life and I have mine.” In addition, fellow co-star Don Most also attended the reunion and commented on Scott’s statements.

Don said, “I knew that he would not be a part of this because of the differences in political views. So it was not a question of whether he would be a part of it or not. That was a given. But you know, Scott and I, we played golf together. It’s been a while now, about a couple of years, but we’ve stayed in touch somewhat. But in the last year, I haven’t seen him.”

He continued, “I felt it was way out of line. I really did. Because we are entitled to our opinions. And we were all as a group uniting to do something, just like he proposes his views. He was part of the show and people are aware of him because of that show. And he’s using that as a way to present his views. We’re entitled to do the same. And we were all united in the way we felt.”

It appears that even though Scott, Henry, Don, and other Happy Days cast members have differing political views, they are all still friends and consider each other family. In addition, Ron Howard (Richie Cunningham), Anson Williams (Potsie Weber), Marion Ross (Marion Cunningham), and writer Lowell Ganz also appeared at the reunion.

What’s your take on the stars appearing in a political fundraiser?

Click for next Article
Previous article: Just In: Nick McGlashan, ‘Deadliest Catch’ Star, Dies At 33
Next Post: Sylvester Stallone Got In Touch With Country Music In 1984’s ‘Rhinestone’