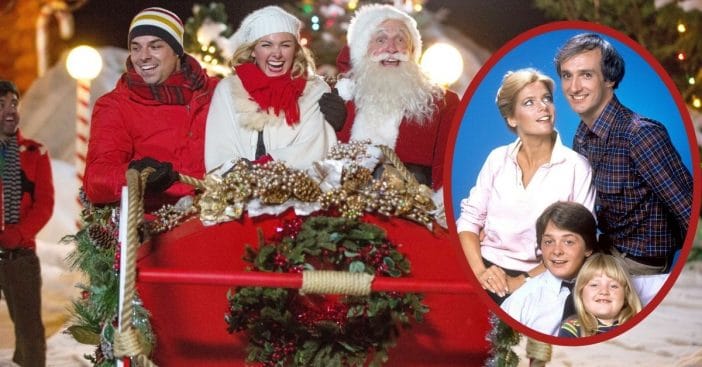 ’80s sitcom watchers know Michael Gross and Meredith Baxter Birney as the parents from Family Ties. For years, they watched the two represent liberal culture trends. They stood juxtaposed against their conservative son. After the sitcom ended, that might have been it for this couple. However, the two reunited for the 2015 comedy film Becoming Santa.

As parents in Family Ties, they explored differing ideologies and generations. In Becoming Santa, they’re a magical couple responsible for bringing cheer to all the world’s children. But even Santa has to retire. While movie-watchers enjoyed a unique premise, the actors enjoyed a meaningful reunion.

Solidifying the family ties between generations

Enter Michael Gross and Meredith Baxter Birney as the parents in this motley family. Former hippies, they try to talk their conservative children into seeing their worldview. Likewise, the kids emphasize their own conservative-based lifestyles and values. In an interview shared on The Sydney Morning Herald, Michael Gross said he doesn’t mind at all when people harken back to that work even after all the other credits he’s added to his filmography. “No, absolutely not,” he specified, “because it was such a beloved show; it was really part of television history. Of course I’m not tracking that at the time, I’m enjoying myself and it’s a well-run show and a well-written show, but you don’t realize how good it is sometimes until 30 years later, in retrospect.”

Indeed, Gross emphasizes the lessons people can learn from this thirty-year-old show: “The things that bound us together were far more important than the things that pulled us apart.”

With so much nostalgic and meaningful weight behind Family Ties, any throwback becomes very special for Gross – and for costar Meredith Baxter Birney. 2015 gave a chance for just that when it put the two former TV spouses together again in Becoming Santa. To sum up the premise, imagine a calm rendition of Meet the Parents, except the parents just so happen to run the North Pole. And any future son-in-law must take up the mantle of Jolly Old Saint Nicholas.

Meeting again with Baxter Birney was like seeing a dear friend again, by how Gross tells it. He recalled, “You know somebody so well, and how they work and their habits, and you can almost guess how something’s going to come out of their mouth before they say it, the comic timing. It’s wonderful, there’s a great intimacy about working with somebody like that. After all we worked together for seven years, and what actor ever expects to have that kind of life working with another actor? It was absolutely splendid.”