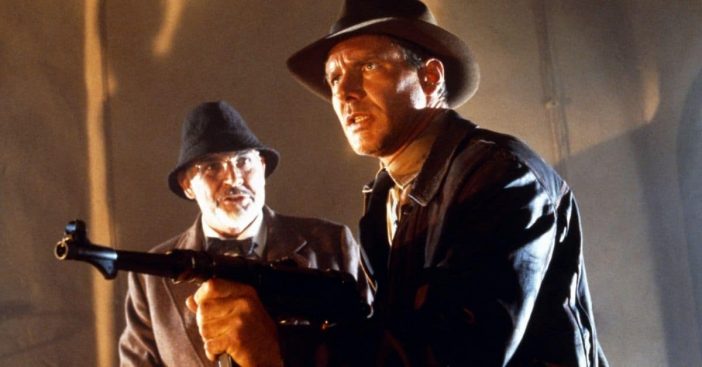 Last week, Disney‘s latest investor presentation shared many updates for the movie and TV conglomerate. With so many properties under its name, Disney presented updates for Marvel comics fans, Star Wars lovers, and for nostalgic movie watchers. An update informed followers that a fifth Indiana Jones film is, in fact, in the works with none other than Harrison Ford himself at the helm again.

Lucasfilm, home to both Indiana Jones and Star Wars, continues to guide pre-production for the upcoming film due out in 2022. James Mangold, who recently directed the 2019 sports drama Ford v Ferrari, now directs the adventure movie.

Lucasfilm already began pre-production for an upcoming Indiana Jones film. News of this sequel, due out in July of 2022, came via a tweet on Disney Investor Day. On this day, The Walt Disney Company rolled out its movie plans for the next few years. Announcements revealed 10 Marvel entries and 10 Star Wars entries.

Lucasfilm is in pre-production on the next installment of Indiana Jones. At the helm is James @Mang0ld, director of Ford v Ferrari, and Indy himself, Harrison Ford, will be back to continue his iconic character’s journey. Adventure arrives July 2022.

In a thread of Disney Investor Day announcements, Disney’s official Twitter page tweeted, “Lucasfilm is in pre-production on the next installment of Indiana Jones.” The message further specified, “At the helm is James @Mang0ld, director of Ford v Ferrari, and Indy himself, Harrison Ford, will be back to continue his iconic character’s journey. Adventure arrives July 2022.”

Radio.com notes this marks the fifth time Harrison Ford’s played Indiana Jones since the first movie; he’s been a permanent fixture in them since Raiders of the Lost Ark in 1981. The film’s anticipated July release would mark 41 years since both Ford and Indy exploded onto screens everywhere and began this sweeping adventure. Ford himself will be about 80 years old. The last of Indy’s adventures came in 2008. Because it’s in pre-production, no specific plot details are available at this time.

Click for next Article
Previous article: Classic TV Debut, December 16: ‘One Day at a Time,’ from ‘All in the Family Creator’ Norman Lear
Next Post: ‘The Little Rascals’: How ‘Our Gang’ Came to Be and Why Those Kids Should Never Be Forgotten