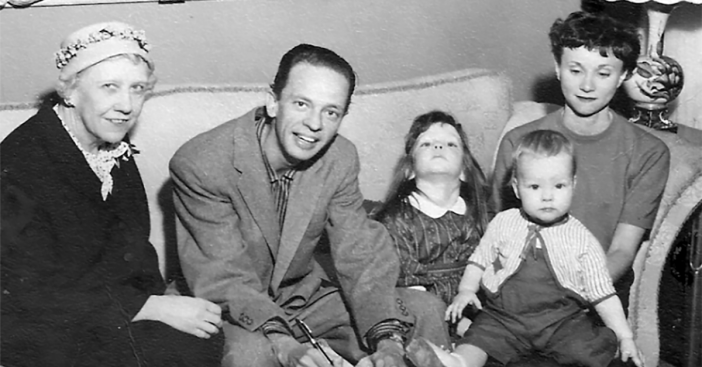 It’s tough to think about Don Knotts without laughing, whether your familiarity with the actor comes from his performance as Barney Fife on The Andy Griffith Show, Ralph Furley on Three’s Company, or maybe even as a fish in The Incredible Mr. Limpet. The man was simply a funny guy, a point his daughter, Karen, can’t argue with.

“I don’t know what it was, but being funny was just something so natural to him,” she says. “Maybe it was a gene … whatever it was, it was just an out of control natural funniness.”

Spend a few minutes talking to Karen, though, and you’re left wondering how the man could possibly be so funny given the painful childhood that he came from. Growing up in Morgantown, West Virginia, he was born in 1924 to a mother who was 40 at the time and a father who suffered not only from alcoholism but schizophrenia as well. Conflicts between the man and Don as he was growing up was very much the norm, though things could — and did — get downright dangerous. There was one point where the man actually held a knife to Don’s neck and would threaten to kill him. Given his behavior, Don had no reason to doubt him. And on top of that, Don’s older brother, Willis, was pretty abusive as well. Between the two of them, Don would eventually spend a great deal of time trying to reconcile himself with it all in therapy.

Fighting Back from the Darkness

Karen, who was born in 1954, comments, “My dad was very burdened down by all these problems. He had problems with his father and an older brother who tormented him, because they were both alcoholics. When his father passed, he was 13-years-old. At that point, that burden, which was definitely a huge burden, lifted off of him. And he was old enough that he managed to get the other brother under control, so home was no longer a place where he could be terrorized.”

From there, Don’s life only improved. He attended Morgantown High School, and that turned out to be even more of an escape from the emotional pain that had been haunting him. Karen emphasizes that there, his whole world changed for the better.  “He just blossomed,” she points out, “and he said those high school years were absolutely the best years of his life.”

Somehow the kid most likely not to survive adolescence was elected class president every year. He wrote the “Dots and Dashes by Knotts” column for the school yearbook and struck up a friendship with someone with whom he got involved in a wide variety of adventures. “The world had become his oyster,” enthuses Karen. “It was the first time he’d ever experienced such complete happiness, where all those problems fell away and there he was, living the beautiful life.”

Find out a little more about the incredibly talented.. Don Knotts: