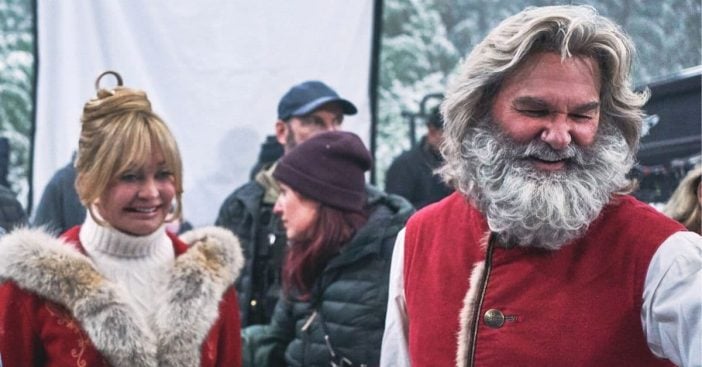 Goldie Hawn and Kurt Russell have been together for 38 years and are one of Hollywood’s cutest couples. They recently reunited on-screen to play Santa and Mrs. Clause in the Netflix sequel The Christmas Chronicles 2. When doing press interviews for the film, they said that filming together again felt like a honeymoon.

Goldie said, “What was fun about working with him again was that we were having a great time. I still think he’s one of the great actors, so for me to work with Kurt was really awesome. He gives you the ball back, he’s funny, he knows what he’s doing… and he really just loves what he does. It’s just really really fun.”

When asked what her favorite part of filming was, Goldie also joked around and said, “cocktails after dinner.” It sounds like they had a great time filming the movie and it is a fun holiday film for the whole family to watch!

They met in 1966 but got together in 1983 and have been together ever since. Goldie already had two children and fell in love with Kurt when she saw how good he was with them. They went on to have one child together, but never got married. They said it is just because their relationship works as is!

Have you seen The Christmas Chronicles 2 yet?