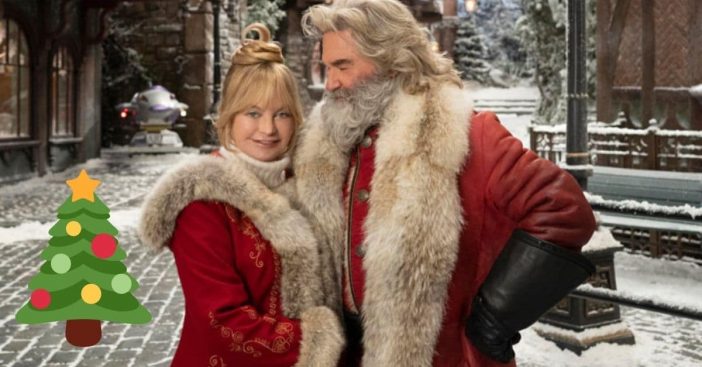 In the film, Kate Pierce is now a teenager and doesn’t want to believe in Santa anymore. Yet when a troublemaker named Belsnickel threatens to destroy Christmas, Kate teams up with Santa and Mrs. Claus to fight back. Kimberly Williams Paisley will play Claire, Judah Lewis will play Teddy, Jahzir Bruno will play Jack, and Julian Dennison will play Belsnickel.

Netflix released its first sneak peek of the Christmas movie on Twitter. In the first film, Goldie was only seen briefly at the end, sitting next to Kurt as Santa Claus. Netflix tweeted, “It’s time for Mrs. Claus to get her due. Kurt Russell & @GoldieHawn are back to save the holidays in ‘THE CHRISTMAS CHRONICLES 2,’ only on Netflix 25 November.”

In the clip, fans get a glimpse at the North Pole aka Santa’s Village, all designed by Mrs. Claus. Kate quips, “Well if she designed this place, I think it should be called Mrs. Claus’ Village.” Santa says, “Why I never thought of that.” Mrs. Claus responds, “Of course he didn’t,” with a wry smile.

Will you be watching The Christmas Chronicles 2 on November 25? Check out the teaser below:

It's time for Mrs. Claus to get her due.

Kurt Russell & @GoldieHawn are back to save the holidays in THE CHRISTMAS CHRONICLES 2, only on Netflix 25 November. pic.twitter.com/wKAzAVoQBF