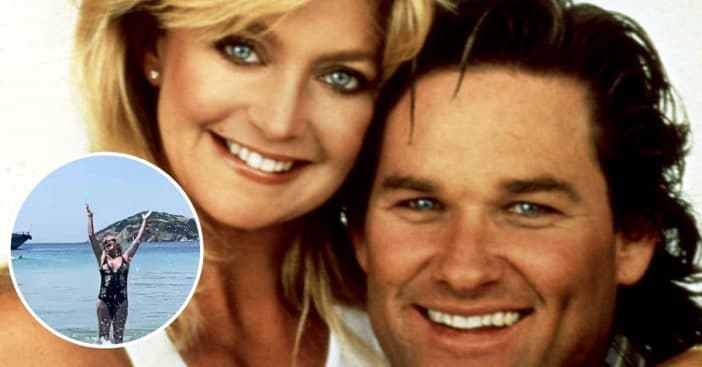 Goldie Hawn and Kurt Russell brought back some memories from their movie Overboard. They starred in the film back in 1987. The couple met in 1966 but didn’t start dating until 1983 when they worked on the movie Swing Shift.

They had been together for several years and had just welcomed their son Wyatt when they filmed Overboard. They have never gotten married but their relationship is still going strong! Now, both stars are in their 70s and still work, although they definitely enjoy a lot of downtime together too.

They were recently seen taking a boating trip in the South of France. They also walked through the streets of Saint-Tropez and spent some time on a yacht in the Mediterranean. Goldie and Kurt were seen kissing passionately, proving that they are still very much in love after all these years!

Goldie once opened up about rewatching Overboard with Kurt many years later. She said, “Seeing the movie was so much fun, and I will tell you – you know how sometimes you forget why you fell in love? I remembered everything, and why I fell in love with him, and it was really something to be able to watch that.”

Watch the trailer for the iconic film below! Have you seen it?