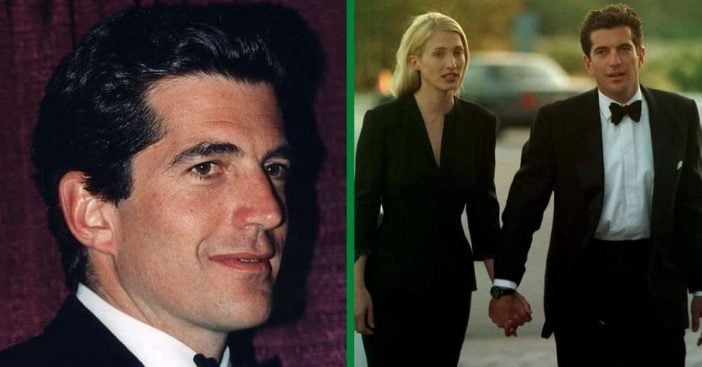 JFK Jr. would have celebrated his 60th birthday on November 25th, 2020, and his friends are reflecting on his legacy and what he may have been like today. The son of former president John F. Kennedy died when he was just 38 when a plane he was piloting tragically crashed into the Atlantic Ocean. He was killed instantly, along with his wife, Carolyn, and his sister-in-law, Lauren Bessette.

“His legacy was really about who he would’ve become,” his friend, Brian Steel, says, who was a former assistant district attorney in Manhattan with Kennedy. “But I just think America and maybe the world would have been a better place.”

JFK Jr. and the legacy he left behind

Rosemarie Terenzio, his former executive assistant at George magazine, also opens up on her former friend. “I think that was probably the line that took us all out,” she says, referencing a line from JFK Jr.’s eulogy at his funeral, read by Sen. Edward Kennedy. The line was that JFK Jr. did not live long enough to have to comb gray hair.

“That was the crushing sort of gut punch line,” Steel adds. “Now you look back, and you think of what might have been.”

What could have been…

The young Kennedy had been beginning to make his moves into politics, something that his family has been famous for over the generations. He had not been able to make the leap, though, due to his sudden death. “I think anytime you go into politics, you have to make sure the rest of your life will accommodate that decision,” he told NBC’s Tom Brokaw in 1995. “I have a few years to make that decision.”

His friends note that it was highly likely he would have run for a high-profile office in New York. There may have even been a run for president. “There’s no doubt he was thinking about running for governor,” Steel notes. “We had that discussion a couple times in the months before he passed away. He had given sort of fleeting thought for running for that Senate seat in 2000.”

Imagining a world with JFK Jr. as president of the United States

Steel continues, “He said he wasn’t interested. When I asked him why, he said, ‘No one in my family has been a governor, and I’d sort of like being a chief executive.'” Terenzio adds, “He was being asked also to run for mayor at one point. And I remember saying to him, ‘Why wouldn’t you run for mayor? I mean, you would certainly win it pretty much hands down.’ And he said, ‘How many mayors do you know that become president?'”

It goes without saying that many are wondering what could’ve been if JFK Jr. had lived. “Everything that he did with his power, his fame, it was all about some greater good,” Terenzio says. “The way that he gracefully took that mantle and lived an honorable life full of integrity — and because of what we all want, which is somebody or something to look up to and to be proud of.”