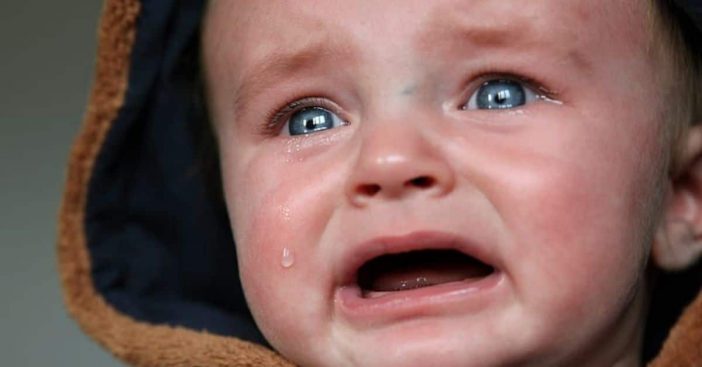 One mom shared a situation that happened with her daughter to the Reddit AITA community. With everything going on in the world right now, people are stressed, especially parents. Many people have been laid off and are rendered unable to provide for their families. Some families are lucky to get food put on the table, but it seems like one mom thought her daughter was ungrateful for her dinner during such a stressful time. Her mom wanted to remind her to be thankful for the food she gets each day, because a lot of people don’t.

“Evelyn is 9, and she’s been testing boundaries lately. My husband and I do not spank, we do time outs, take away privileges, and talk things through,” the mom explains. “Lately she has begun saying rude, insulting things out of the blue. These comments range from critiques on clothing to criticisms of weight or other physical features. Absolutely rude statements that my husband and I would never say about anyone, ever.”

She continues, “Whenever she has made these sorts of comments, we have had serious discussions with her about how inappropriate and hurtful they are, and we urge her to think before she speaks next time.”

RELATED: McDonald’s Worker Pays For Mom’s Meal When She Forgets Her Purse, She Pays Him Back Big

It was the night the mom took to Reddit’s community that the big argument went down. “Tonight I got home from work early and decided to cook dinner and let my husband sleep in (he works nights and usually cooks dinner due to our schedules). I made beef stew from scratch. Nothing fancy, but we all enjoy it. I seasoned it as I always do, with salt, pepper, thyme, and a bay leaf,” she explains.

“I felt good about cooking for my family, and didn’t even take the time to change out of my work scrubs before I began. My husband woke up to the smell of stew cooking, and he was so happy about the surprise. Evelyn even said it smelled good.”

She continues, revealing what her daughter ended up saying about the meal. “No offense Mom, but this stew is really bitter. Maybe next time only use half a bay leaf.” This comment didn’t sit well with the hardworking mama who worked extra hard to make sure her child was fed. “I stared at her for a good 10 seconds, my jaw on the floor. I had just worked a 12 hour shift at the hospital and come home to cook her dinner from scratch, only to have her insult my cooking. I honestly wasn’t sure how to react. I was hurt and angry, but I don’t like to raise my voice, and just talking to her about these statements in the past hasn’t changed her behavior.”

Dad thinks mama went too far, so she goes to Reddit for other opinions

“The thing is, if the stew really was bitter, I would have laughed about it, and told her that bay leaves don’t make things bitter, and maybe gone through possible ingredients that could have made it turn out that way… But the stew wasn’t bitter. My husband agrees, it tasted completely normal. I checked, and the bay leaf wasn’t in her bowl, it was still in the pot on the stove. She was just trying to come up with some way to insult me.”

She truly believed her daughter was just trying to be rude on purpose. The mom would’ve accepted the critique if she knew the stew was actually bitter. So, the mom decided to send her child to bed without dinner and said she could eat breakfast in the morning. This caused her daughter to erupt in tears and her husband to feel that she went too far.

Was she wrong to do this?

But mama wasn’t about to let her voice go unheard about why she decided on this punishment. “I was hoping that maybe the discomfort of going hungry for one night will remind her to watch her words in the future. What if she had said this to my elderly mother instead of me? What if she had said something cruel to one of her peers and destroyed their friendship? I don’t know how else to get through to her that words can cut deeper than any hunger pangs.”

People, of course, began putting in their two cents. “Do not use food as punishment or reward. ,” someone responds. Another says, “YTA, she hurt your feelings by calling your stew bitter. At this point you should have communicated with her that your feelings were hurt and you put in the effort to make a home made dinner after working 12 hours. Instead you sent your kid to bed hungry without explaining yourself to the fullest.”

She takes other people’s responses to heart

A last person responds, “Evelyn shared an opinion. People have different tastes. She was not overly critical. An example of an inappropriate comment would have been ‘Mom, this tastes like garbage. Lay off the bay leaf. I am going [to] barf.'” The hardworking mom read every single comment and took them to heart. She responded in the community thread:

“Thank you to everyone who has taken the time to respond and give me your perspective. Many people thought that I did the right thing, but most agree that I did not,” she writes. “I see now that I should not have used food as a punishment. I will ask for her forgiveness when I get home today and try to have a talk with her about why she said what she did and how we can move forward together.” So, what do you think? Was she really in the wrong?