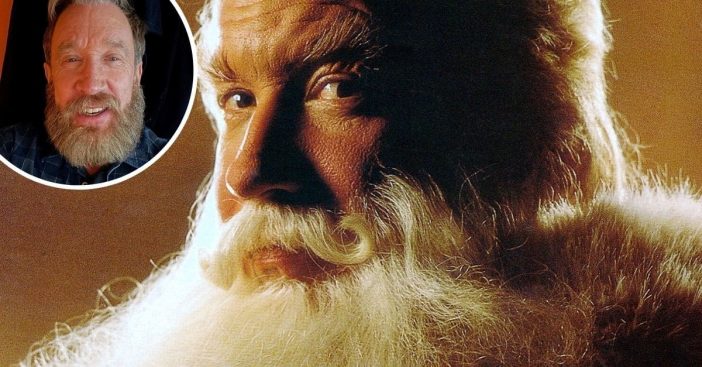 Tim Allen recently joked about one of his past roles as the holidays quickly approach. Tim is known for playing Santa Clause in The Santa Clause and its sequels. In the film, as he becomes Santa, his beard grows in very quickly.

Tim shared a photo of his newly grown beard and wrote, “Woke up this morning and noticed a bit more stubble. This always happens to me as I transition to you no [know] who this Christmas.” While Tim hasn’t played Santa since the third installment in 2003, he does seem to enjoy making holiday movies.

Woke up this morning and noticed a bit more stubble. This always happens to me as I transition to you no who this Christmas. pic.twitter.com/MAXNIbZs9f

His most recent was El Camino Christmas in 2017. Currently, he is working on the final season of Last Man Standing and set to appear as the host in a new show called Assembly Required. Perhaps he has another Christmas movie in the works with that beard?

Either way, there are plenty of new Christmas movies dropping on streaming services. Channels like Hallmark Channel and Lifetime always air plenty of holiday films too. Are you already watching Christmas movies or do you wait until December?

In conclusion, watch the beard scene from The Santa Clause below:

If you enjoy Tim & his Santa Clause franchise, you’ll probably love him in Home Improvement: