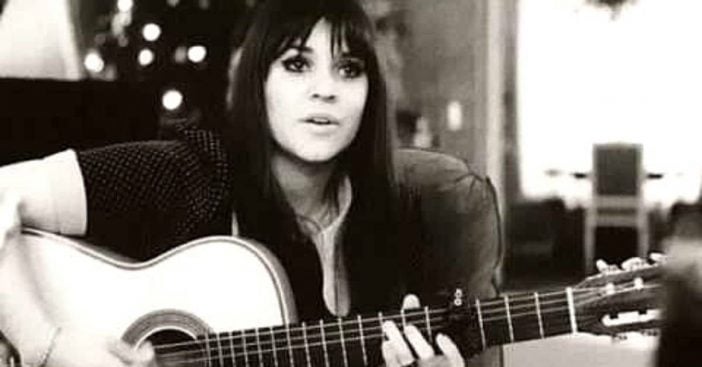 Music listeners of 1971 were provided a unique type of nostalgic song, and listening to it today can inspire major nostalgia — appropriate considering that folk singer Melanie herself used nostalgia as inspiration. Though considered quirky at the time, today, it’s perfect for inspiring an instant smile.

In a way, science deserves some thanks for this cheerful tune. Memories and scents possess a strong relationship. So, when Melanie picked up a particular smell, she revisited very powerful, treasured moments in her life. Thus, we have this song. Learn more about its roots here.

Following a stint of vegetarianism, folk artist Melanie at last broke her fast. On this occasion, Dusty Old Thing writes, “She passed a McDonald’s. The scents wafting from the restaurant sparked a chain reaction that created a cheery hit.”

“I got the whole works… the burger, the shake, and the fries,” she recounted. “The aroma brought back memories of roller skating and learning to ride a bike and the vision of my dad holding the back fender of the tire. And me saying to my dad, ‘You’re holding, you’re holding, you’re holding, right?’ Then I’d look back and he wasn’t holding and I’d fall. So that whole thing came back to me and came out in this song.”

As a song, “Brand New Key” transcends genres from folk to pop to soft rock. It reached No. 1 on the Billboard Hot 100 singles chart in December 1971 and January 1972. Though it did receive some surprising pushback over the years. People honed in on the possible explicit symbolism behind a lock and key. However, Melanie had very specific, non-sexual ideas in mind when she composed the song. But, she conceded, writing a song was “a lot like having a baby. You conceive a song, deliver it, and then give it as good a start as you can. After that, it’s on its own. People will take it any way they want to take it.”

With nostalgia already a defining inspiration behind “Brand New Key,” that power redoubles now when listening to it and revisiting Melanie’s characteristic quirky beats. It helps, also, that the song taps into some memories people can relate to or have adjacent ones of their own to recall. Already, nostalgia’s been shown to possess remarkable power over people’s moods. It can help regulate negativity and allow people to revisit a familiar time. Sometimes this allows them to relive good times, and sometimes they can even work through lingering doubts.

All this ends up packaged in a fun tune and it’s the perfect recipe for some merry, much-needed escape. The Journal of Positive Psychology conducted a 2013 study and found that consistently listening to upbeat music can improve a person’s mood in half a month. Of course, other environmental and genetic factors can affect this. Additionally, nostalgia comes with some baggage. But for “Brand New Key” in particular, it’s just the song a lot of people could use in their life.

Click for next Article
Previous article: Robin Williams Put His Foot Down To Protect ‘Jumanji’ Child Actors
Next Post: How Elvis Presley’s White Jumpsuits Changed The Landscape Of Fashion