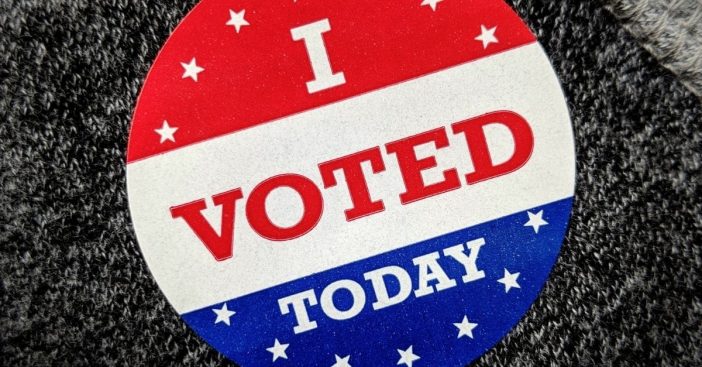 Americans can choose differing parties and embrace differing policies. But all of them – regardless of party – made history this year with unprecedented levels of voter turnout. Activists, politicians, friends, and celebrities all pushed one resounding message to all of America: vote. Based on the figures, it worked.

In fact, levels such as these haven’t been seen in some time. At least 120 years, actually. Not since 1900 did so many members of the population come out to ensure their voice could be heard (with a broad pool of eligible voters, that is). Since then, more communities got to join the movement, and in 2020 especially they made sure to participate. To voters in the 2020 election: congratulations on participating in history. To further appreciate the significance of today’s accomplishment, look back on the last time a feat like this came about – over a century ago.

Calculating voter turnout then and now

To keep a level playing field, calculating voter turnout requires a few considerations. First, calculations like those quoted by Simplemost look at the number of voters compared to eligible voters. With this parameter in mind, it’s important to ask who could vote? The answer changed a lot over the years, including from 1876 (which had the highest percentage of turnout), 1900 (a close comparison) and 2020 today.

In the 1900s, women couldn’t vote. That only changed in 1920 with the passage of the 19th Amendment. And even then, African American women had their rights denied until all African Americans could vote thanks to the 1965 Voting Rights Act. They technically had this right in the 1870s, but the new legislation met a lot of pushback from individual states that found loopholes to turn African Americans away until the 1965 act. So, no one in those groups was eligible to vote in the 1900 election. So, that predominantly included white adult men. And of all those with the ability to vote, 73.2% did vote in 1900. Other elections reached higher amounts of turnout, to be sure, but 1900 saw a wider eligibility pool – albeit nominally.

Jump ahead 120 years, and only in 2020 did numbers come close to that voter turnout in 1900. The pool of eligible voters dramatically increased over the decades. So, an increase in turnout could be expected. But it could have just as easily gone the other way; more people could vote, but not as many did. However, the right to choose a representative leader became a fundamental part of the great American experiment. So, thanks to promotions and efforts from people in all walks of life, Americans really heard the message that embracing their right to vote is important.

As a result, this year, about 66.8% of all eligible voters cast their votes in the general election. That’s based on figures from NBC News from November 4, which counted 159.8 million ballots cast out of about 239.2 million eligible voters. That’s the closest America’s gotten to that 1900 figure when many of our ancestors voted in the presidential race between incumbent President William McKinley and William Jennings Bryan. McKinley won with the help of his running mate by the name of Theodore Roosevelt. In many ways, 2020 ended up one for the history books and may represent a new trend. Despite embracing elections as part of its foundation, America actually ranks 30th for voter turnout among other developed countries. Now, truly everyone’s embraced their right to vote.

Click for next Article
Previous article: Learn More About The Top Contenders To Replace Alex Trebek On ‘Jeopardy!’
Next Post: How ‘Jeopardy!’ Host Alex Trebek Spent His Final Day On Earth