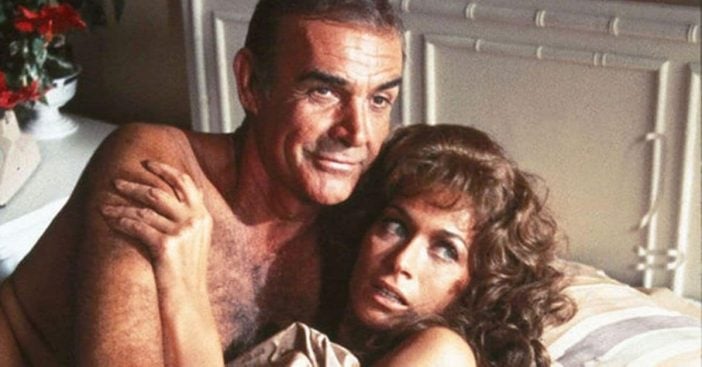 Sean Connery became the first on-screen Bond and his performances proved very enduring. Movie fans remember his excellent job in the roll. Meanwhile, his castmates remember an engaging co-worker who actually helped them. For former Bond girl Valerie Leon, that included comforting her during their bed scene.

At the age of about 40, Leon became a Bond girl, renowned for her beauty, and representing a two-way confrontation with temptation. As a result, they shared a bed together, but Leon had some concerns. Fortunately, the James Bond actor did not just bring talent from his thespian background to set; he brought general compassion.

1983 saw Valerie Leon with the role of Lady in the Bahamas in Never Say Never Again. The movie ended up Connery’s last Bond film after an absence that lasted over a decade. For Leon, it also marked the first time she had a bed scene.

Valerie Leon got to see firsthand that everyone goes through trepidations, even Sean Connery, who became a prolific handsome action star. This gave her some worries but at the same time his actions put all of them at ease. “We did share some fun times together — he was an incredible man,” she also stated, noting how Connery became not just a peer but a friend. Like a friend, he eased tensions during their big scene.

Check out our FAVORITE Bond films of all-time…